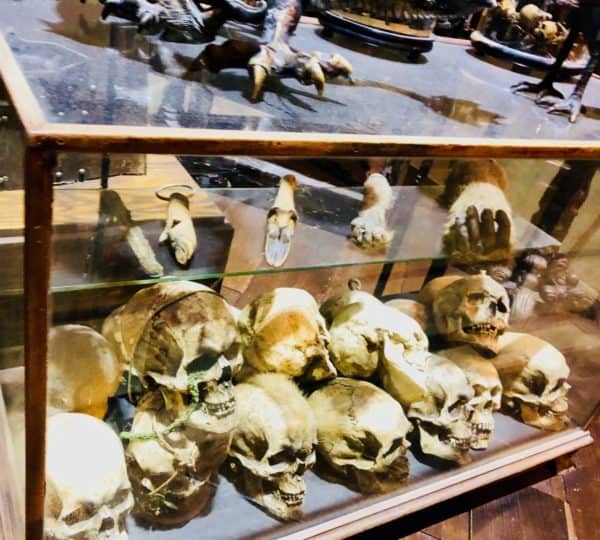 During the summer of 2017, legislation  was introduced into the Senate that had the potential to kill cryptocurrency innovation. The legislation, entitled “Combatting Money Laundering, Terrorist Financing, and Counterfeiting Act of 2017,″ (S.1241) contained very confusing language pertaining to “digital currencies.” Since last year, the bill has been parked in the Senate Judiciary Committee with uncertain timing as to when it will surface for Committee discussion.

Now no one, anywhere, wants to empower crooks and terrorists to commit acts of crime by leveraging the digital benefits of cryptocurrencies such as Bitcoin. Most everyone understands that fact, except for the bad guys of course. But the devil is in the details as to how you curtail the less law abiding amongst us without crippling beneficial Fintech innovation.

The land mine in the bill had to do with this specific section;

Customs And Border Protection Strategy For Prepaid Access Devices.—Not later than 18 months after the date of enactment of this Act, the Secretary of Homeland Security, in consultation with the Commissioner of U.S. Customs and Border Protection, shall submit to Congress a report—

(1) detailing a strategy to interdict and detect prepaid access devices, digital currencies, or other similar instruments, at border crossings and other ports of entry for the United States; and

(2) that includes an assessment of infrastructure needed to carry out the strategy detailed in paragraph (1). 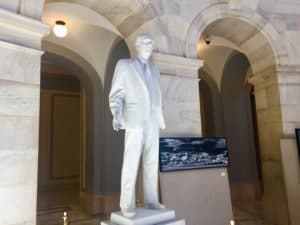 So it appears that Congress wants to erect some sort of virtual wall at the US borders to detect cryptocurrency transactions? I wonder how the government would accomplish that task?

Additionally, as the bill was interpreted, anyone who transmitted $10,000 or more would be subject to anti-money laundering (AML) reporting requirements under the Bank Secrecy Act. That is another problematic twist when you think about how cryptocurrency zips around the ether-sphere every single second.  Curious to think how Homeland Security would attempt to address that challenge.

The Bill would, in our view, effectively limit or even terminate development, at least in the United States, of this important technology because the burdens of compliance would be greater in many instances than the benefit of developing the technology in the United States. Moreover, buying and selling virtual currency is often more like buying and selling commodities and less like transacting in money. At minimum, the Bitcoin Foundation believes that further research and review of this developing and complex area is needed before AML obligations are applied, other than obligations that are already applied, for example through the Financial Crimes Enforcement Nework (“FinCEN”) of the U.S. Department of the Treasury (the “Treasury”).” 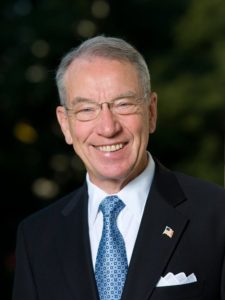 So what has happened in the many months since S.1241 was introduced into Committee. On the surface, little at all.

CI contacted Senator Grassley’s office which did not provide any clarification or comment on the troubling legislation.

Then CI reached out to an inside the beltway type who is closely engaged with the legislative process who was quite a bit more helpful regarding the bill. This insider explained;

“Senate staff is basically telling me this: That provision (Section 13 of the bill, where the questionable crypto language is) came over straight from the DOJ [Department of Justice], and they (the senate guys) are not sure why it’s in there, what the purpose is, etc. The senate guys have inquired about Section 13, but DOJ has basically told them that they would have to get back to them.  On top of that, DOJ and FinCEN are arguing over the provision.”

So for some reason the DOJ is involved, with Treasury in the mix, as they struggle to adapt to a blockchain driven financial world.

Additionally,  we have been told that everyone on the Hill recognizes the shortcomings of the legislative language and the current problems. Staffers are watching this one closely – as they should. At the same time, cryptocurrency industry folks and lobbyists, who are probably better versed in the nuances of digital transactions, have been working hard to inform the people who end up writing these laws. The fact this bill has been languishing in Committee is a probably a helpful thing as fact can catch up with intent and a more thoughtful discussion can be had.

Hopefully, in its current form, S 1241 is dead in the water. Let’s see what happens when this bill resurfaces.