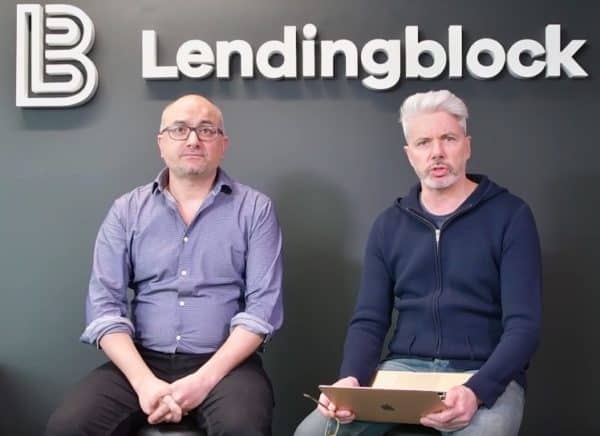 Lendingblock, an interesting spin on cryptocurrency lending, has easily hit its initial coin offering target (ICO) hard cap of $10 million early. The LND coin will be used as the currency for payment and receipt of interest on the platform.

As CI covered last month, Lendingblock is a platform designed designed to handle securities transactions where investors may do cross chain lending. This is not a platform that sees retail investors as their primary market but institutional investors who may want to cross hedge between cryptocurrencies or create more sophisticated derivatives leveraging the growing number of cryptocurrencies. The company is managed by no neophytes as executives previously worked at companies like Credit Suisse, PwC, Deloitte and Deutsche Bank.

Lendingblock co-founder and CEO Steve Swain is a former Deloitte partner. His co-founder Linda Wang is a graduate of Cambridge University. Wang helped Deloitte build out its blockchain proposition and smart identity protocol.

Lendingblock notes that the value of securities on loan in the securities lending marketplace is around $2 trillion. Think what happens if the cryptocurrency market continues to evolve as a widely utilized digital asset class empowered by the efficiency of blockchain.

We’re thrilled to announce that our ICO is now complete! We want to thank everyone who contributed to our token sale and we look forward to sharing our journey with you #cryptoeconomy #blockchain #tokensale pic.twitter.com/hylgXLeE3t

And what about the regulatory environment? An ongoing question around the world as cryptocurrency trading is borderless (as it should be).

Lendingblock has previously announced its intent of taking a “proactive” stance in regulation. The UK Financial Conduct Authority (FCA), along with HM Treasury and the Bank of England, is in the midst of a review of an ICO / digital currency review so the timing may be perfect for Lendingblock to move forward.

The ICO main sale was supposed to run from April 15th to 29th but the no minimum crowdsale quickly sold out.