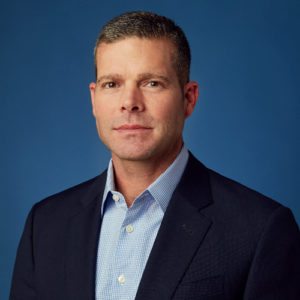 After a fairly flat quarter of stock performance in Q1 2018, PayPal CFO John Rainey sat down with CNBC “Mad Money” host Jim Cramer last week to discuss growth of the company, plans for its mobile payment app Venmo and the possibility of enabling crypto payments on its platforms in the future.

According to Investopedia, peer-to-peer mobile payments and remittances are now a trillion dollar industry, with Venmo now facing competition from not only Square but also Google, Snapchat and Facebook, who have also released mobile-payments apps.

Cramer noted that an analyst that morning had warned Paypal that Square Cash is growing faster than Venmo. Rainey said Venmo continues to be attractive to targeted millennial customers because of social features other apps lack. “Something like 90% of transactions on Venmo have incorporated this social feed where people are sharing their experience with each other. And that’s very important to merchants as well because its effectively word-of-mouth advertising,” he said.

Like Square, said Rainey, “We have a vision of democratizing financial services,” in seeking to provide payment options to the unbanked:

“There’s something like 2 billion people across the world that don’t have the things that you and I take for granted- a checking account, a banking account, a home mortgage, traditional financial services…The unique aspect of those 2 billion people is that 70% of them have a mobile device. So with a mobile device we can put all of the power of a bank branch in the palm of their hands and allow them to join bank commerce and shop online.” 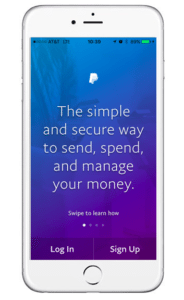 “If you’re going to be a global payments player, you’ve gotta have a footprint in India. It’s a market of 1.2 billion people; there’s something like 400 000 mobile phones in that market.”

Cramer asked about whether it’s worth competing over crypto. “I know Square’s made a big fuss about the idea that they do crypto…wouldn’t you want to be at that cash register…?”

“With our Braintree part of our platform we actually were one of the first companies to allow merchants to accept cryptocurrencies years ago. But what we saw was that because of the volatility of the cryptocurrencies, if you’re a merchant and you have, let’s say, a 10 percent margin on a product that you sell and you accept bitcoin, for example, and the very next day it moves 15 percent, you’re now underwater on that transaction. So what was happening was they were immediately moving that to a more stable currency,” said Rainey.

“But if it’s something that stabilizes in the future and is a better currency, then we’ll certainly support that.”

Our merchants not interested in crypto—it’s too volatile: PayPal CFO from CNBC.