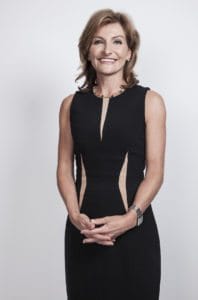 The Senior Vice President in charge of Platforms & Blockchain at IBM, Bridget van Kralingen, gave an inspiring talk in mid-May at the giant Consensus cryptocurrency and blockchain conference in New York.

“Forty percent of the world’s population is unbanked,” she said. “The fastest way to get them out of poverty is to help them start a business.”

Kralingen said she’d worked on microfinance projects in the past, but administrative costs were too high, and the projects failed.

Now IBM is back supporting a microfinance project using a Hyperledger blockchain to help administer small loans at low interest to food sellers in Kenya.

It’s a win-win proposal, said the co-founder the $13 million Twiga start-up, Grant Brooke, when he spoke to a blogger at IBM.

“Previously, we were focused on helping farmers distribute bananas, tomatoes, onions and potatoes to 2,600 kiosks across Kenya, but we soon realized that we could help them sell even more produce with access to working capital. It’s simple, if the food vendors can sell more, we can distribute more, growing both of our businesses.”

“Once the credit score is determined, we used a blockchain, based on the Hyperledger Fabric, to manage the entire lending process from application to receiving offers to accepting the terms to repayment,” said Isaac Markus, a researcher working at IBM Research in Kenya. 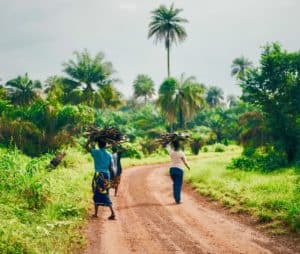 IBM states that this Hyperledger private blockchain makes lending transparent and efficient. It not only allows permissioned partners (lenders and borrowers) to communicate privately, but also, “employ(s) a series of “smart contracts” which can be executed in real time, having the potential to significantly reduce the time it takes to manually process and issue a loan.”

IBM writes that an 8-week pilot of the project that ran last year was a success: 220 food kiosk proprietors received loans of around $30 that enabled them to increase their order sizes by 30%. Loans were repayable in 4 or 8 days at an interest rate of 1 or 2% respectively.

“All of the loans were executed via mobile phone…When a retailer had an order delivered, they would get an SMS with loan options for financing that order. They would then respond to the SMS confirming the loan option they preferred.”

Andrew Kinai, the lead software engineer on the project at IBM Research Kenya, reported, “The SMS-based solution provided an effective channel for a diverse set of users, some with limited IT literacy, to access financing for their orders.”

IBM states that it plans to expand the project to other small- and medium-sized businesses across Africa and into other sectors by the end of the year.

In the Americas, there has been a recent rise in skepticism regarding the viability of enterprise blockchain. Blockchain developers like Jimmy Song have proposed simpler forms of encrypted databases for enterprise that run at much lower cost.

Last December, Reuters reported from a document that, “More than 15 members of blockchain consortium Hyperledger have either cut their financial support for the project or quit the group over the past few months.” 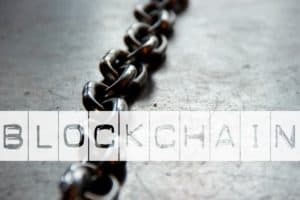 Premier members at Hyperledge get a seat on the board and pay $250,000 for the privilege, said Reuters. General memberships go for between $5-50,000, depending on enterprise size.

“Banks and other large corporations have been investing hundreds of millions of dollars in developing blockchain technology in the hopes it can help them simplify their costly record-keeping processes,” wrote Reuters.

“Despite the excitement,” and huge sums dedicated, writes Reuters, “blockchain is not yet used to run any large scale projects.”