Yesterday, Microsoft confirmed rumours it is acquiring GitHub, a largely-free software-collaboration platform considered the most popular “version control system” in the world.

Microsoft reports that it paid $7.5 billion dollars of its own stock for the acquisition.

Today Microsoft bought GitHub for $7.5B by issuing about 73 million new shares of stock. 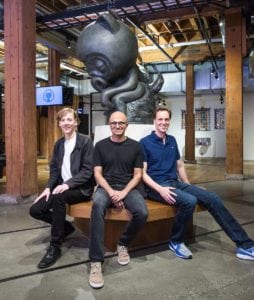 GitHub also made it official yesterday by announcing that it is “thrilled to be joining forces” with Microsoft, a company GitHub claims is “the most active organization” on its platform. Github hopes to have the deal closed by the end of the year.

Reactions among developers have been mixed. Many subscribe fervently to the philosophy that information and computer code should be “open-source” (freely available for creative use and modification for the benefit of humanity), and have long resented Microsoft for trying to suppress the competing open-source software system Linux in the early 2000’s.

Many cryptocurrency developers collaborate on Github to advance the robustness of their software. Hardcore Bitcoiners like Kevin Lam, who generally loathe ICOs (Initial Coin Offerings) for “printing their own money,” have lamented the acquisition:

The crypto community shoulda ICOed to buy Github instead of fund EOS.

Motherboard author Daniel Oberhaus has reported that a mass migration by disgruntled developers from GitHub to GitLab began early last week when rumours of the acquisition began circulating.

GitLab CEO and co-founder of Sid Sijbrandij told Oberhous in an email that 50,000 projects were imported from GitHub to GitLab last week, and that 13,000 were imported in a single hour on Monday after the acquisition was announced.

Until now, GitHub has largely maintained credibility among developers but has struggled since opening it’s doors in 2008 to produce sufficient revenues to fund its open-source business model.

“mostly coasting on infusions of venture capital, leading some developers to wonder how it will manage to stay afloat as an open source project unless it can increase its paid user base.”

Other free software platforms have faltered attempting to monetize operations in the past.

In a 2015 article, Jack Wallen, a writer at TechRepublic, claimed that ad-monetization had ruined SourceForge, a once-popular repository of open-source, “quality” software that sunk when downloads became laced and encumbered by “crapware”:

“What happened to once mighty repository (owned by Geeknet) of Linux, Windows, and Mac software? It was purchased by Dice. The moment they stepped in, every page displaying the available software was riddled with ads and download links that made it next to impossible to discern the link for what you wanted vs. the link you didn’t want. Each and every one of those download links was click bait for second-rate software (most of which turned out to be malware, adware, and spyware). Dice came out to say they were attempting to profit-share for these projects, and any developer could opt out of the spyware game should they choose.” 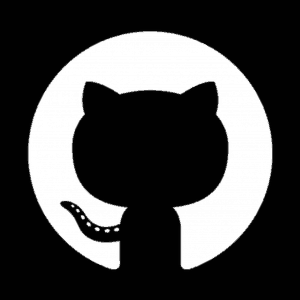 GitHub, however, questioned the “false dichotomy” popular in dev communities that “Open source and business….mixed as well as oil and water,” and are insisting that Microsoft patronage doesn’t necessarily mean the end of meaningful activity at Github.

Microsoft, says GitHub, is a “very different company” today, one that has come to understand and practice the ethos of open-source.

Github also writes that it trusts Microsoft as a business developer.

“The success of the Minecraft and LinkedIn acquisitions has shown us they are serious about growing new businesses well.”