On Tuesday, API platform Marqeta announced it raised $45 million through its latest investment round, which was led by ICONIQ Capital with participation from Goldman Sachs. The funds brought Marqeta’s total funding to $116 million. 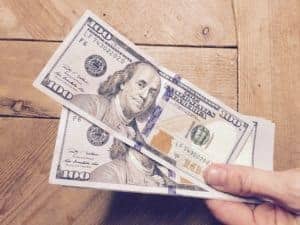 Founded in 2010, Marqeta states it is on a mission to “re-engineer how payment card, virtual cards, and mobile authorization products should be developed and deployed. Marqeta revealed its platform provides fully documented, open API issuer processor where companies can build, issue, and deploy innovative payment, finance, and commerce solutions with control over what, where, and how purchases are authorized. In the last year, Marqeta announced several new products, including the Marqeta Digital Wallet SDK for Apple Pay and Google Pay, Marqeta.js, and Marqeta’s Virtual Card Wizard.

“Marqeta is the clear market leader in modern card issuing, and we’re thrilled to be part of their already phenomenal growth story. They have the most advanced card issuing technology in the category, and they have assembled an extraordinary team of industry leaders.”

“We’re excited to bring aboard ICONIQ Capital and Goldman Sachs, who deeply understand innovation in financial technology and payments. We look forward to their contributions to Marqeta as we continue to scale operations and expand our footprint around the world.”

Marqeta added that Financial Technology Partners (“FT Partners”) served as its strategic and financial advisor on this transaction and acted as the placement agent for the funding from ICONIQ Capital.