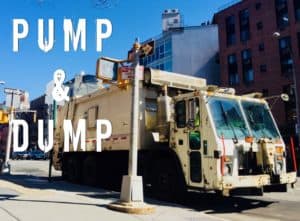 A finance professor at the University of Texas experienced in fraud detection has alleged that a focussed campaign to inflate the price of Bitcoin and other cryptocurrencies occurred on the Bitfinex exchange last year, the New York Times reports.

Professor John Griffin and grad student Amin Shams are alleging that culprits used Tether, a token pegged to the US dollar and ostensibly backed by equivalent dollars held in company reserve accounts, to artificially generate demand for Bitcoin and inflate the price.

Several attempted audits of the Tether company have failed in the past year and Tether has never proven its reserves.

The academics join a chorus of critics who have been expressing concerns for a year about the credibility of Tether operations.

Without regular and credible audits, critics say, Tether can easily print as many of the computer-generated tokens as it wants, with or without reserves, and then flood these onto exchanges and trade them for genuine assets like Bitcoin.

Tethers are now present on multiple exchanges across the globe because it is much easier to transmit them from exchange to exchange than it is to fund crypto exchange accounts with fiat, which can take days or weeks.

Prolific critic “Bitfinex’ed” has been alleging wash trading at Bitfinex using Tether for a year (The Bitfinex’ed Twitter account is protected. You have to follow the account to be reviewed, and perhaps approved to view the Tweets).

In 2017’s atmosphere of profound exuberance in crypto markets, Bitfinex’ed’s allegations were largely unwelcome, and Bitfinex’ed was threatened and harassed.

In March, lawyer Stephen Palley, a partner at Anderson Krill in Washington, DC, sent a letter to Bitfinex’s general counsel threatening action if the exchange is ever tied to threats made against the whistleblower.

In their paper, “Is Bitcoin really untethered?”

Griffin and Shams used algorithms to analyze records on the Bitcoin blockchain and found that:

“Purchases with Tether are timed following market downturns and result in sizable increases in Bitcoin prices. Less than 1% of hours with such heavy Tether transactions are associated with 50% of the meteoric rise in Bitcoin and 64% of other top cryptocurrencies. The flow clusters below round prices, induces asymmetric autocorrelations in Bitcoin, and suggests incomplete Tether backing before month-ends. These patterns cannot be explained by investor demand proxies but are most consistent with the supply-based hypothesis where Tether is used to provide price support and manipulate cryptocurrency prices.”

Tweets by “Mr Giancarlo” reflect on specific and alarming details laid out in the paper:

"Ethereum, for example, experienced near 2400% return during this period, while it would alternatively experience around 900% return if the Tether-related hours were excluded."