Funding Circle has announced that a new report produced by Oxford Economics revealed that lending through its platform unlocked 45,000 jobs in the UK in 2017. Globally this number jumps to 75,000 across all four of the Funding Circle markets. Overall, Funding Circle’s platform contributed £2.4 billion to the UK economy and generated £730 million in annual tax receipts for the HM Treasury in 2017.

Funding Circle’s platform contributed £2.4 billion to the UK economy and generated £730 million in annual tax receipts for the HM Treasury in 2017 Click to Tweet 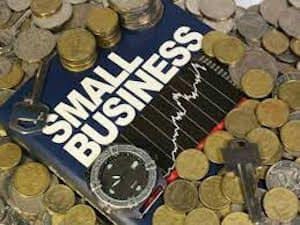 The online lender also noted that the report found that the loans had a significant impact on the UK labour market, with almost 45,000 jobs found to be powered by lending through Funding Circle in 2017, with 92% of businesses believed that the Funding Circle application process was faster than through a traditional route. Funding Circle then explained:

“Small and medium sized businesses make up approximately half of the UK’s turnover and half of all employment** yet continue to face difficulties accessing finance through traditional channels. In the last quarter of 2017, the combined net lending (total minus repayments) of the major high street banks to small and medium sized businesses in the UK was negative (-£75 million). These difficulties have been compounded with the closure of some 423 bank and building society branches across the UK in 2017. At the same time, the number of small businesses has grown and today’s report suggests an increasing number are turning to Funding Circle’s platform for finance. In the same quarter of 2017 that bank net lending was negative, investors lent £156 million through the platform to UK small businesses on a net basis alone. This strong growth means Funding Circle is set to hire 400 people in 2018, 200 of which will be based in the UK, bringing the total number of employees to 1,200 worldwide.”

Speaking about the report, John Glen, Economic Secretary to the Treasury, stated:

“The way people and businesses access borrowing is evolving, and with this new players like Funding Circle are making great contributions to our world-class financial services industry. The success of peer-to-peer lending has brought about real benefits, not only for the businesses of Britain, but as this report shows, our economy at large too.” 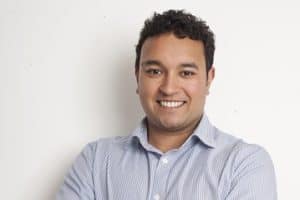 “It has become evident that small businesses are underserved in every country in which we operate. From butchers and bakers, to IT consultants and accountants, these are the businesses that are creating jobs, boosting productivity and driving our economies forward. The economic impact that these businesses have had as a result of accessing finance through Funding Circle is hugely rewarding to see.”

“The report highlights the growing importance of Funding Circle to small businesses in the wake of the financial crisis, which impaired traditional banks’ willingness and ability to lend. As a result, small businesses have shown an increased appetite for other forms of finance, with online lending at the forefront of these options. Funding Circle is having a significant impact on employment across its four markets and boosting the economy on an impressive scale.”