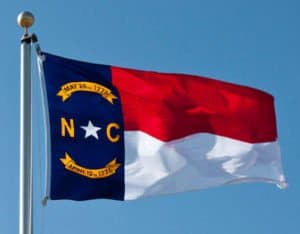 The state legislature in North Carolina has approved legislation that includes language dealing with virtual currencies. HB 86 originally hit the docket back in February 2017, but the original language of the bill did not incorporate cryptocurrency such as Bitcoin.

The ratified bill is called; “An Act to Make Clarifying Changes to Permissible Investments and Statutory Trust Under the Money Transmitters Act.”

That mouthful of a title, has to do with money transmitters and allowable assets. According to the language of the bill;

Permissible investments. One or more of the following, but only to the extent that they are maintained in an account located in the United States:

Additionally, the following language was added;

There has been plenty of regulatory chatter regarding cryptocurrencies and the need to monitor usage. At the federal level, there is concern that crypto is being used for nefarious activities due to the potential for anonymous usage. North Carolina may be trying to get ahead of the federal curve but of course it all depends as to how the language of the bill is enforced, after the Governor signs it into law.

See the bill below.