Temenos (SIX: TEMN), the banking software company, announced on Thursday the launch of Finn AI on Temenos MarketPlace, which is a platform for facilitating the exchange of value between fintech providers and financial institutions. 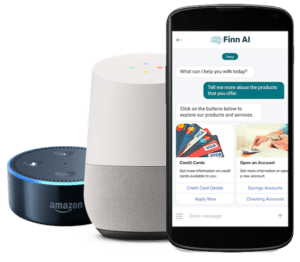 According to Temenos, Finn AI, which is working with financial institutions such as Bank of Montreal, provides banking customers with an AI-powered personal banking and financial management assistant. Finn AI’s solution was built solely for the financial services industry and benefits from deep banking domain knowledge and is available and running in multiple languages. Temenos also noted that  Finn AI has been working together with Temenos for almost a year and it took part in the Innovation Jam series in 2017, winning the Miami Jam and taking part in the final in Lisbon. Speaking about Finn AI’s launch, Ben Robinson, Chief Strategy Officer at Temenos, stated:

“The Innovation Jam competition, which has just concluded for 2018, is a great way to uncover the most exciting fintech companies. Finn AI, which won Innovation Jam Miami last year, is one such company, allowing bank customers to conduct banking using simple conversation over their preferred channels. The solution has continued to evolve since then and is it now available on MarketPlace.”

“We evolve the way bank customers interact with their banks, providing them with a conversational personal banking assistant that uses artificial intelligence and natural language processing to create an experience that is relevant and modern. Finn AI allows bank customers to manage and learn from their money via their channel of choice – such as Facebook Messenger, native iOS and Android apps, web chat and others. Since we only work with banks, we have built a clear domain expertise that allows us to integrate faster with better results. We look forward to bringing this solution to Temenos clients all over the world.”