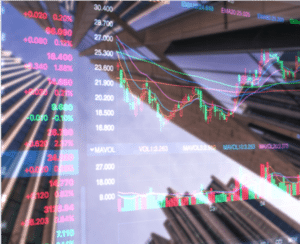 IBM and Columbia University in New York City have announced plans to create an on-campus centre for research into blockchain tech and data transparency and the creation of an associated business accelerator for students, faculty and start ups.

The related release does not indicate when “The Columbia-IBM Center for Blockchain and Data Transparency” will open.

IBM has proven to be one of the most active and ambitious American tech companies when it comes to blockchain, a type of distributed database that may reduce the need for brick-and-morter and third-party intermediation in the management and securing of data and payment systems.

“Blockchain technology represents the next generation of secured, transparent transactions, enabling permissioned parties to access data in real time. It opens up new ways to exchange value through the digital representation of assets. Blockchain and similar technologies enable organizations and individuals to share data in a privacy-preserving and highly secure manner and hold the promise to transform business on a global scale by reducing the need for trusted third-party verifications.”

The new centre will reportedly, “combine cross-disciplinary teams from the academic, scientific, business and government communities…” and collaborators will seek to, “advance research in technologies such as secure multi-party computation, homomorphic encryption, secure hardware, fraud reduction, and improving precision medicine through insight from collective data sources.”

Numerous sources indicate that students of computer science at universities across North America have been clamouring for the addition of blockchain courses.

Numerous experienced blockchain engineers, many of them early Bitcoin developers, however, have lately been questioning the real world viability and suitability of extending blockchain-style capacities beyond the realm of decentralized payment networks.

Bitcoin is the most well-know functioning blockchain system currently. In Bitcoin, thousands of computers around the world run the database software and mathematically agree on and encrypt, in unison, all the transaction data fed into the system.

Mathematical verification and encryption in the Bitcoin system removes the need for central oversight of the database, but that does not necessarily mean any database could or should work that way.

Bitcoin is a “public blockchain,” meaning it is collectively owned and governed by users, developers and miners. Decisions to make changes to the network must be agreed upon, in a slow, consensus-building process, by a majority of the system’s users.

Settling bits of data across thousands of computers and storing all that data on every single node is also a relatively slow and expensive process.

Bitcoiners are willing to put up with the slowness and expense of the network for a chance to use a global and un-censorable payment network.

But private databases do not and cannot generally work that way, critics say.

Numerous private firms have attempted to duplicate and improve upon features of the Bitcoin blockchain system in order to reduce costs and increase efficiencies in how they manage and secure data.

They have been told that if they do not adopt similar technology, they will be surpassed by firms that do.

Serious cryptocurrency engineers, however, including Bobby Lee, have stated publicly that blockchain tech is only really suitable for payment networks.

Lee told Ran Neuner of CNBC that the bitcoin-style blockchain cannot be used for real world activities…” and that the data entered into complex, privately-controlled blockchains is “subjective” and vulnerable to interpretation or abuse:

“I will be honest with you. The blockchain was created with the invention of Bitcoin…In the last seven years, I have been thinking about this a lot. And my thesis about blockchain not being suitable for real world applications is only in the last six months. So, it took me this long to come to this sort of pessimistic realization, and my current understanding is that only (with) cryptocurrency transactions…there is no controversy.”

Early, blockchain was heralded as a way to automate trust and dispense with corruptible middle men in numerous industries, everything from supply chain to medical records to voting and Air-BNB.

More recent and sober consideration has led to people like former Bitcoin engineer Johnny Dilley defending “the middleman” stating that, in many situations, the middleman is a lot cheaper and more efficient than a cumbersome blockchain.

Cogent firms seem to be downgrading their expectations of blockchain. In a recent conversation I had with the CEO of a blockchain research firm, she told me that an identity project she is working with now sees blockchain as “one part” of a “complex stack” of technology the firm is considering.

In the aforementioned interview, Bobby Lee questioned whether medical records gathered on blockchains are really more trustworthy than those gathered in another type of globally-synced database, indicating that a doctor entering data comprises a “single point of failure” in the sanctity of data on a blockchain:

Lee said, “Some of the (blockchain projects) are decent, if they really reclassify what they are doing as using a database.”

“But they don’t call it ‘blockchain,’ and they’re not going to raise an ICO for it because they’re mature companies. But you have an immature group of young people, and they…call it blockchain and they raise however many million dollars. And to me that’s being intellectufally dishonest.”