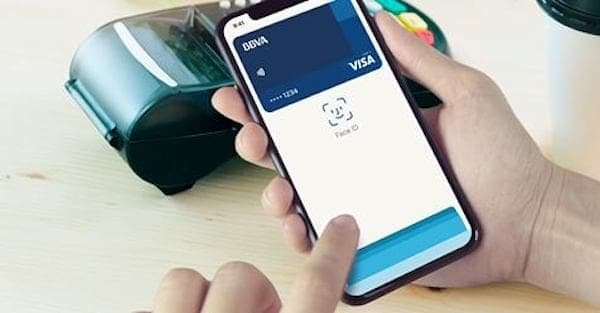 BBVA announced on Wednesday that Apple Pay is now officially available for customers in Spain. According to BBVA, Apple Pay is aiming to transform mobile payments with a secure and private way to pay.  According to BBVA,  customers just need to use a credit or debit card with Apple Pay and, while the actual card numbers are not stored on the device, nor on Apple servers, a unique Device Account Number is assigned, encrypted and securely stored in the Secure Element on devices. Each transaction is authorized with a one-time unique dynamic security code.

“Online shopping in apps and on websites accepting Apple Pay is simple with Touch ID, or just double-click the side button and glance at your iPhone X to authenticate with Face ID. There’s no need to manually fill out lengthy account forms or repeatedly type in shipping and billing information with Apple Pay.”

“BBVA, as a leader in digital banking, is continuing to evolve its services and promote mobile payments, so we’re thrilled to bring Apple Pay to our customers.”

Apple Pay works with iPhone 6 and later, iPhone SE, iPad Pro, iPad (5th Generation), iPad Air 2, and iPad mini 3 and later. Users can also use Apple Pay in Safari on any Mac introduced in or after 2012 running macOS Sierra and confirm the payment with iPhone 6 or later or Apple Watch, or with Touch ID on the new MacBook Pro.