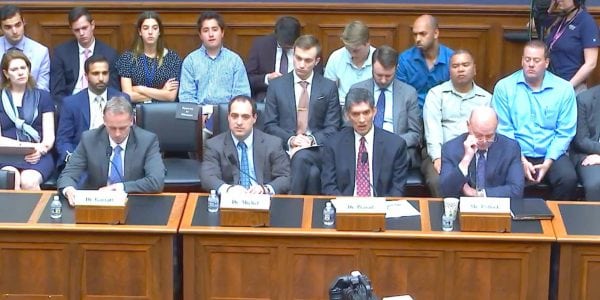 The Monetary Policy Subcommittee, part of the House Financial Services Committee, held a hearing today addressing the emerging world of cryptocurrencies. Over the past several months, several Congressional committees have held similar hearings as policy makers seek to better understand crypto and perhaps hinder, or foster, its growth with legislation.

In the Republican controlled House, representatives tend to lean more towards embracing entrepreneurship and innovation but the learning curve can be hard – especially for Members that still carry a flip phone.

As previously reported, the list of witnesses included the following individuals; 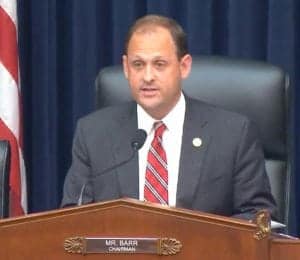 Each of the witnesses provided a different perspective on the potential for cryptocurrencies, the value provided, and whether, or not, a central bank should issue central bank digital currency (CBDC) – a hot topic within the crypto policy world.

Subcommittee Chairman Andy Barr issued a statement following the hearing, which was unfortunately cut short due to votes on the Hill. Representative Barr stated;

“Today, the subcommittee examined the potential impact of digital currency on the future of our financial system. From its viability as an alternative, to traditional currencies, to its potential adoption by central banks, to its possible impact on monetary policy, it is important Congress carefully study every aspect of this new technology.”

In prepared testimony, Dr. Garratt pointed to the decline of paper money and the shift to digital transactions. He posited;

“It seems likely that the use of cash for transactions will continue to fall and it is worth noting that there is tipping point at which even if customers seek to use cash, businesses and banks will not want to deal with it.”

So what happens when cash is no more (or nearly no more)? Garratt believes there is a possibility that consumers may turn to “privately issued cryptocurrencies” thus implying a need to move first and have central banks issue digital currency. 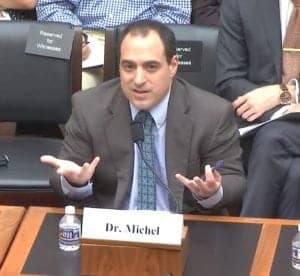 Dr. Michel, who previously co-authored a paper on the need to enable competition between currencies – whether they are crypto or not, reaffirmed this belief;

“… it is possible that Bitcoin (or other cryptocurrencies) eventually will be widely accepted and recognized as money. It is certainly difficult to imagine a cryptocurrency replacing the U.S. dollar as long as the Federal Reserve acts as a moderately good steward of the national currency, but it is for this very reason that Congress should eliminate barriers that impede people from using their preferred medium of exchange,” said Michel. “Competitive market forces can improve the means of payment in the same way that market forces improve virtually all goods and services, and Congress should not protect the Federal Reserve from those competitive forces.”

Pollock quoted Hayek in his remarks. Sympathizing with the famous economist;

“Why should we not let people choose freely what money they want to use? … I have no objection to governments issuing money, but I believe their claim to a monopoly, or their power to limit the kinds of money in which contracts may be concluded within their territory, or to determine the rates at which monies can be exchanged, to be wholly harmful. … I hope it will not be too long before complete freedom to deal in any money one likes will be regarded as the essential mark of a free country.”

While adding he did not expect a “revolution in the international monetary system,” Dr. Prasad stated; 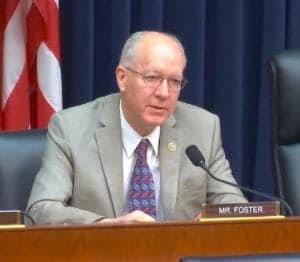 Subcommittee members were clearly mixed in their opinion. Representative Foster said that a central bank that issues a central bank cryptocurrency could supplant the dollar as the supreme currency around the world.

“We have to be prepared to respond to that threat,” said Foster. “The issue of anonymity is at the heart of this.”

Representative Sherman, a consistently anti-crypto politician, said there is nothing that can be done with cryptocurrency that cannot be done with sovereign currency. 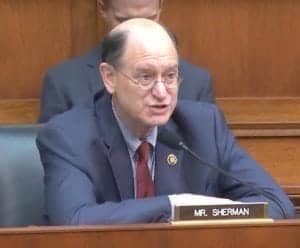 Sherman said that the only thing crypto is good for is facilitating narcotics transactions, tax evasion, and other illicit activities. He said that was reason enough to ban it.

“These innovations should be fostered not smothered,” defended Dr. Michel. “The federal government should not step in and tilt the playing field.”

He is of the belief that the US Government should accept these alternatives as payment. Centralizing cryptocurrency makes little sense. Being decentralized is better.

If the government implemented central deposits, as at least one central bank has hypothesized, this would give the federal government a complete monopoly on money. “Congress must protect Americans from tyrannical acts.”

Prasad thought a CBDC could be good. The issue of the US Dollar as a global reserve currency and what preserves the role is the fact it is the ultimate safe haven. That requires US institutional trust.

Pollock, on the other hand, called having a CBDC one the the worst ideas of the times.

Representative Barr asked if crypto could supplant US dollars as a reserve currency? And what type of implications this may have. 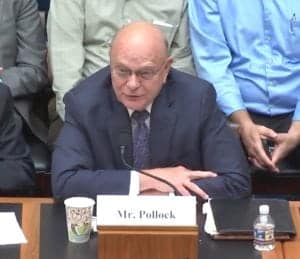 Michel said it is not going to happen. The US dollar has a competitive advantage of wealth storage added Pollock.

Representative Williams asked the panel what is the appropriate framework for Congress to take when it comes to crypto.

“You can’t make something illegal just because someone might use it for illegal purposes.”

This was a good conversation that should have gone longer. But this conversation is just getting started. While we are seeing some government movement on AML / KYC issues the growth of crypto remains unchanged for the moment. As Garratt stated “you accept [cryptocurrency] on the belief that someone on down the road will accept it from you.” For now, that will continue.

The video of the subcommittee hearing is below.