Aion, a multi-tier blockchain network designed to support a future where many blockchains exist to solve unique industry problems and to power the services of the modern world, announced on Monday it has appointed former Deloitte partner, Ian Chan, as a new senior executive. According to Aion, Chan will lead operations, scale the Aion ecosystem, and lead the marketing and communications team as it works to build the Aion brand. 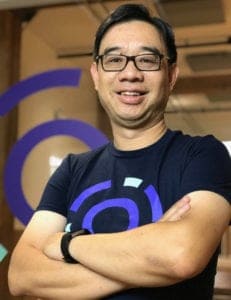 According to Aion, Chan has significant executive experience,  having served on C-level leadership teams throughout his career. Chan most recently served as a senior partner on the Deloitte Global Innovation & Disruption team. Aion also reported that while Ian is now officially joining Aion as a senior executive, he has already been a part of the Aion family for some time. Matt Spoke and Ian first got to know each other when Matt competed in and won, a CEO-sponsored Deloitte challenge that sought to identify disruptive technologies. The project that won that challenge eventually led to the incubation and spin-off of the Rubix project, which led to the formation of Aion.

“Ian has been a mentor of mine for some time, and I couldn’t be happier that he’s agreed to join our team as we position Aion to lead the blockchain ecosystem for years to come. This is a meaningful milestone for the growth of the Aion Foundation and for our ability to execute on our vision.”

Chan went on to add:

“Having spent 13 years at Deloitte, the decision to leave my home and colleagues there was a difficult one, but I feel passionately about this business that I have watched grow from its very early days. Matt and Jin’s vision for Aion is impossible to resist – I want to be a part of ensuring Aion’s blockchain platform will be the enabler of the next generation of digital tools that will change the world.”