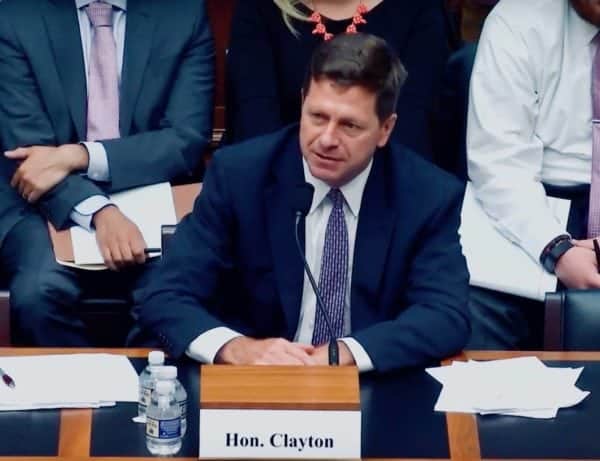 In a letter forwarded to Securities and Exchange Commission (SEC) Chairman Jay Clayton, a group of Fintech leaders demanded the Commission to increase Regulation Crowdfunding (Reg CF) from the current $1.07 million max amount to $20 million – a substantial increase to current rules. The demand to increase Reg CF, an iteration of securities crowdfunding that was created by the JOBS Act of 2012, comes at a time when there is pressure for the US to maintain is position as a leader in investment crowdfunding the space. As pointed out by the signatories, both Germany and the UK have increased their crowdfunding threshold to €8 million (USD $9.4 million). The European Commission may move to make this a pan-European threshold with some EU insiders pushing for a higher amount.

The letter was sent under the letterhead of Crowdfund Capital Advisors (CCA), co-founded by Sherwood “Woodie” Neiss and Jason Best. The two founders were vital to the passage of the JOBS Act when President Obama signed the bill into law.

“Each of the parts of the JOBS Act served a niche well except for those companies that liked the idea of crowdfunding from Main Street investors without the costs of a Title IV (Regulation A+ offering). By increasing the maximum an issuer can raise to $20 million under Regulation Crowdfunding, we can now fill this void and allow a broader spectrum of small issuers into the marketplace. With 2 years of history and data under our belt, we can see that the system is working, capital is flowing, jobs are being created and money is being pumped into our economy. Rather than ask for another de minimus increase in the cap, let’s raise it to an amount that will really allow the industry to take off but in the same systematic and transparent way that benefits issuers, investors, and regulators.”

Neiss, in an email to Chair Clayton, said “the United States should not be left behind, but should make the bold move to increase the cap to $20 million.”

the United States should not be left behind, but should make the bold move to increase the cap to $20 million' #RegCF #Crowdfunding Click to Tweet

The SEC has the ability to act and such a move would most likely have the support of much of Congress and most likely the Executive branch. The question is whether, or not, Chair Clayton will be willing to take such a bold move that will clearly support small business and capital formation – a policy area Clayton has consistently said is one of his top leadership priorities.

The letter to Chair Clayton was signed by the following crowdfunding industry leaders:

The letter is available for download here and is re-published below.

We compromise the largest online crowdfunding platforms and industry influencers in the United States. Given the positive early results since 2016 for both entrepreneurs and investors, we believe the time has come to raise the maximum amount an issuer can raise via Regulation Crowdfunding (Reg CF) from US$1M to US$20M. Please keep in mind that during the 2 years of this new exemption there has been no fraud and very limited regulatory issues.

Since the launch of Regulation Crowdfunding:

The cap should be adjusted because:

In a FINRA live chat with Robert Cook you said, “I continue to worry that retail investors do not have access to as broad a slice of our capital markets as I would like them to have. Said another way, you have private capital and public capital. Retail investors can really only participate in the public capital, and to the extent private capital has become so robust, you’ve shrunk opportunities. That bothers me a bit. If that trend continues, a much more select group is participating in the growth of the economy.”

We believe increasing the caps on Regulation Crowdfunding will address your concerns and invite more retail investors into a systematic, transparent part of the private capital markets that is creating jobs and providing valuable economic stimulus.

We kindly urge you to adjust the maximum amount an issuer may raise to $20M. Sincerely,