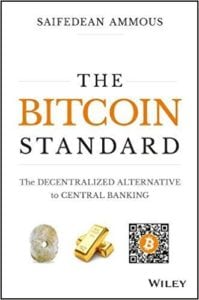 The Bitcoin Standard author Saifedean Ammous brought his book tour to Toronto yesterday, where he spoke in a light-filled penthouse workspace on key ideas from the book to a sold out crowd.

A write up on the book at Amazon.com states, “The Bitcoin Standard analyzes the historical context to the rise of Bitcoin, the economic properties that have allowed it to grow quickly, and its likely economic, political, and social implications.”

Central to Ammous’s analysis of Bitcoin are ideas from Austrian economics regarding “sound money.”

“Monies that are easy to make,” said Ammous, “…eventually stop being money; they lose their value.” Currencies produced in difficult geological processes, however, like gold, said Ammous, often supplant currencies devalued by their ease of replication, like paper money backed by superfluities.

As has lately been witnessed in inflationary countries like Venezuela and Iran, people instinctually, “dump weak currencies for harder currencies.”

Ammous also noted that countries with monetary policies that weaken their local currencies have historically been invaded by aggressors bearing sound money.

Gold and silver were traditionally the “most sound” or “hardest” (essentially, “hardest to obtain”) currencies used by most humans. 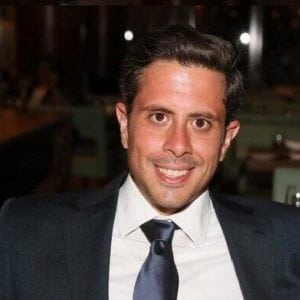 Proponents of Bitcoin have likened the energy-intensive number crunching system used to produce it to a geological process.

Gold also eventually came under the control of centralized settlement systems. Stopping or controlling the distribution of Bitcoin, on the other hand, “…is very hard for people who don’t want to join it to do.”

Ammous also stressed the idea of Bitcoin being able to influence people’s sense of “time preference.”

If people can save something and see it measurably appreciate, they feel rewarded for securing their future selves, and experience a sense of “low time preference.”

“The only two things that are truly scarce in the world are Bitcoin and time,” said Ammous.

Long-term perception promoted by “hard money” systems like Bitcoin, on the other hand, benefit not only individuals but society as a whole. People think of their present circumstances and those of their children and grandchildren.

“Low time preference is what initiates the process of civilization,” said Ammous. “(It) increases our ability to produce and increases our economic conditions over time.”

Ammous showed a slide juxtaposing Michelangelos’s Sistine Chapel ceiling frescoes next to a simple Rothko painting of a red and orange color-field. The two works show contrasting cultural-production styles, said Ammous: one painstaking, the other instantaneous.

He noted that, during the 19th century, when the world had currencies all backed by a gold common denominator, that century showed tremendous forward progress and suffered very small-scale wars.

Taking money off the gold-standard has led to the swelling of governments indefinitely printing cash to fund their operations, including sprawling wars that have spilled off of battlefields and into cities, said Ammous. 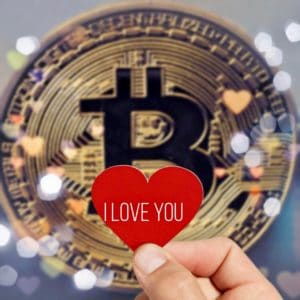 A hard-currency-backed country would look more like Switzerland, “where the government has little power,” and which had negligible unemployment until it began adopting destabilizing fiscal policies in the 1970’s and 1990’s.

Bitcoin is a free-association, global currency available to anyone. Because it is truly decentralized, says Ammous, it cannot be stopped. “The internet’s own central bank doesn’t care about politics…its going to keep producing Bitcoin…”

Bitcoin also gives anyone with an Internet connection, “something to flee to,” when their currency devalues or hyperinflates.

Ammous sees the, “countours of a new financial system being built around Bitcoin,” and hopes for a Bitcoin-backed world economy in which people’s lives will be governed more locally, in which, “adoption evolves from the third world to the first,” a world in which the people of Venezuela, for instance, experience the, “beautiful poetry…of the people most harmed by government money (being) the first one’s to benefit from Bitcoin.”