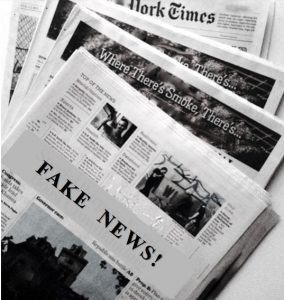 Two-thirds of all trade volume in crypto- or $6 billion dollars per day- is faked, say researchers at the Blockchain Transparency Institute (BIT), and many of the world’s “top” crypto exchanges aren’t even coming close.

The researchers made their conclusions after comparing the order books of 131 exchanges with web traffic data provided by third party sites, including SimilarWeb.

The BIT findings confirm those made by investor Silvian Ribes, which were published in March.

The BIT study also confirmed Ribes list of, “exchanges that appear to be doing accurate volume reporting,” including Bittrex, Kucoin, Cryptopia, and Bithumb, whose numbers indicate a modest amount of trade volume per visit.

“Accurate exchanges” report a volume/user to unique visitor ratio of between 2% to 5% (3.5% on average).

This contrasts with reports from questionable exchanges, which indicate some are reporting volume-to-visitor ratios of up to 655 000%.

For example, if volume reports from self-declared “Top 10” Chinese exchanges LBank and ZB are to be believed, exchange visitors would have to be trading an average of $214 000 and $74 000 respectively, figures the BIT calls “outlandish…(given that) known high liquid markets Bitfinex, Binance, and Coinbase fall between $5,000 and $8,500 per visitor per day.”

Low visits to both ZB and LBank suggest those exchanges have been wash trading to boost volumes over 390x and 4400x respectively.

Chinese exchange Bibox is also accused by the BIT researchers of overstating its volume by 85%.

On the bright side, the BIT confirmed that the Asia-based exchange Binance is indeed doing the biggest crypto trading volume in the world, followed by the migrating exchange Bitfinex, which requires a minimum deposit of $10 000 USD from users for sign up.

Coinbase maintained its rank as the number one US exchange, and Korean exchange Bithumb surged ahead of rival Upbit to take its rightful place as the largest Korean crypto exchange by volume, according to BIT.

Many “copycat” exchanges using plagiarized interfaces also fell to the bottom of the ranks.

All told, the BIT has concluded that over 70% of exchanges listed in the popular  website CoinMarketCap’s top 100 have been faking their trade volume through wash trading by at least 3x.

CoinMarketCap recently tried to address criticism of its exchange-by-volume rankings by splitting its rankings into both “reported” and “adjusted” volume categories.

All told, the BIT has concluded that over 70% of exchanges listed in the popular website CoinMarketCap's top 100 have been faking their trade volume through wash trading by at least 3X #Cryptocurrency Click to Tweet
Sponsored Links by DQ Promote