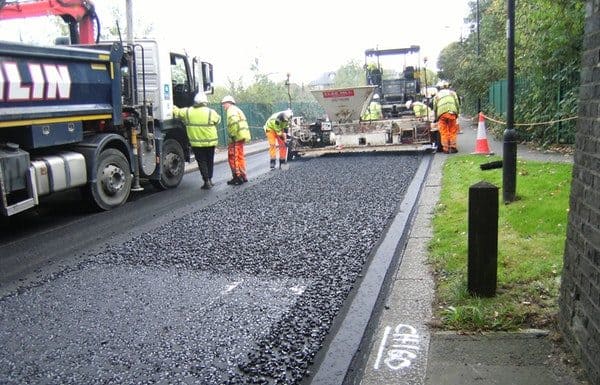 Less than a year and a half after securing £1,274,140 through its first Seedrs funding round, MacRebur, a UK-based company that uses waste plastics to create strong,  longer-lasting roads, has returned to the equity crowdfunding platform to raise £1.5 million. As previously reported, MacRebur describes itself as a company that holds the UK and European patent on the method and recipe of mixing waste plastics such as bags, bottles, film wrapping, and cups, with bitumen, and its “magic formula,” to produce a new type of asphalt road material.

MacRebur reported that its roads can now be driven on around the UK in places including Newcastle, Dumfries and Galloway, Durham, Enfield, Penrith and all over Cumbria, with trial roads being made and laid in Bahrain, Australia, New Zealand, and Turkey and are working with asphalt manufacturers to test and approve our products in these areas. It has also supplied to various asphalt companies, including Tarmac, Cemex and Aggregate industries as well as with Tynedale Roadstone (North East), Jobling Purser (Carlisle and Newcastle), Tillicoutry Quarries (Mid-belt Scotland) and Eurovia (North London).

In regards to what the funds from the latest Seedrs rounds will be used for, MacRebur added:

“We are ready to scale up and take full advantage of the many opportunities available to us and wish to purchase further much-needed infrastructure to manufacture our products locally in the various counties and countries we have laid our roads. It’s important that we use local waste for local roads and need to purchase mobile recycling plants to process local waste for local roads.”

Since launching, the campaign has raised more than £1.2 million from nearly 730 investors. It is set to close later this fall.