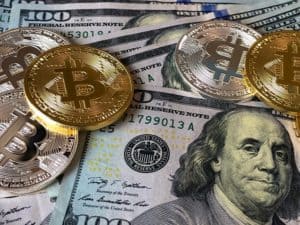 A South African businessperson kidnapped two months ago was returned safely to his family this week amid rumours that captors demanded a ransom of 50 Bitcoins for his release.

According to The South African, Liyaqat Parker, 65, was kidnapped from the parking garage under his workplace on July 9th after five armed attackers disarmed his security guard and locked the guard in a toilet stall.

Parker is a philanthropist and founding member of Food Property Group, which operates a chain of grocery stores in South Africa.

He is one of an estimated 15 South African businessmen who have been kidnapped in the past few years.

A Mozambican citizen called Momade Assif Abdul Satar was recently extradited from Thailand to South Africa, and is accused of running a “ransom-kidnap business” both in his native country and in South Africa.

Satar went to Thailand after serving time in Mozambique for the murder of a journalist.

Thai officials say he entered the country on a fake passport before setting up a shell company to obtain a Visa.

Although no media or official has confirmed that Bitcoins were demanded during the attack on Parker,  Bitcoins and other cryptocurrencies seem to be being increasingly factored into crimes of extortion because they can be more easily transmitted and laundered than cash.

“The Parker family wishes to express their sincere gratitude to everyone who has walked this journey with them and provided physical‚ emotional and spiritual support. It is truly appreciated.”

“The family is relieved that he is back and would like to request the media and public to respect their privacy during this difficult time.”