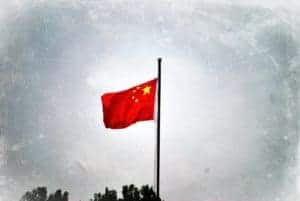 The new laws were posted online last Friday and will be available for public inspection and comment until November 2nd. No information is available yet as to when the laws will be finalized.

Among other things, the new laws will require all businesses providing access to or facilitating transactions on blockchains (including cryptocurrency networks like Bitcoin and Ethereum) to obtain the legal names and national identification card numbers of all users.

This practice could potentially put an end to Chinese activist uses of blockchain, which include a recent use of Ethereum by #MeToo activists to log allegations of harassment at Peking University.

State censorship capacities (China already employs two million censors, according to Foreign Policy) could be considerably extended by the new laws, if passed, by imposing some of that responsibility on the private sector.

According to the SCMP, the new laws as written require all private companies utilizing blockchains to, “censor content deemed to pose a threat to national security and store user data to allow inspection by authorities.”

According to SCMP, social media platforms and online discussion forums in China are already beholden to real name laws.

The outlet also notes that the proposed laws covering blockchain are in-line with “sweeping” cybersecurity laws implemented in China in 2017, laws of concern to privacy advocates.

Cybersecurity laws in China now allow Chinese authorities to enter the premises of any business providing Internet services and access and duplicate all data that investigators consider relevant.