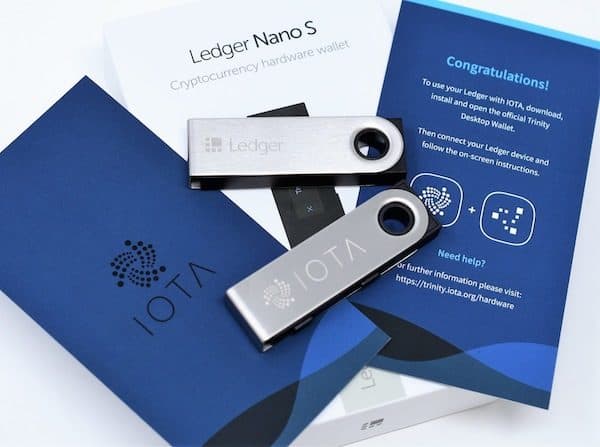 IOTA Foundation, a non-profit foundation focused on distributed ledger technology and permissionless ecosystem development, announced on Friday it has formed a partnership with Ledger, a cryptocurrency and blockchain security leader, to integrate IOTA tokens with Ledger’s secure hardware wallets for cryptocurrency.

According to the IOTA Foundation, the Ledger Nano S hardware wallet will enable users to protect the private keys giving access to their IOTA tokens in a state-of-the-art secure chip. The non-profit also reported that the Ledger hardware wallets integrate with its Trinity and Romeo Wallets and isolate user’s seeds (also known as the key for their account) from their computer or smartphone, providing another layer of security from hackers. Users will be able to validate transactions on their Ledger hardware wallet as part of the security protocol. Speaking about the Wallet, Eric Larchevêque, CEO at Ledger, stated:

“Providing the highest level of security and quality is a major focus at both Ledger and IOTA. The collaboration between the teams created an immediate synergy concentrated on developing a compatibility feature allowing users to access, store and manage IOTA tokens on Ledger devices. We are thrilled to welcome IOTA onto the Ledger platform.”

David Sønstebø, co-chair and co-founder of IOTA Foundation, went on to add:

“Hardware wallets are regarded as the safest way to store cryptocurrencies. At IOTA, we made a commitment to delivering the safest and most usable standalone cryptocurrency wallet. The Trinity wallet is well on its way to fulfilling that commitment, and today we are proud to announce the next step on the journey. Ledger has earned a strong reputation for security and reliability, and this made it a natural choice for integration with Trinity. We are proud of how our community, the IOTA developers and the Ledger team have worked together to make this possible.”