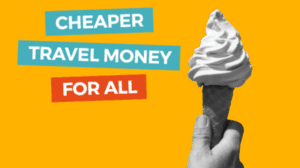 WeSwap, a peer to peer currency exchange platform, is going public on AIM.

At the time of the funding, WeSwap CEO Jared Jesner explained the intent of offering retail participation in the company on Seedrs:

“The aim of WeSwap’s crowdfunding was to make as many of the public – people who use travel money abroad every year – part-owners of the company. We want all our investors to help shape the future of the travel money industry and attracting such high levels of support is really encouraging ahead of a year of international growth.”

According to reports, WeSwap hopes to raise between £15 and £20 million at a valuation of £45 million.

According to a report in CityAM, WeSwap has raised approximately £20 million in venture funding. The additional capital will be used to expand services into other markets such as Asia.

Founded in 2011, WeSwap officially launched in 2015 and claims to have swapped over £130 million in currency – mainly for global travelers. WeSwap seeks to provide a currency exchange process that is the cheapest and fairest available – no more airport kiosks.

A time frame of the AIM listing has not yet been provided.