TD Bank announced on Friday it has released a progress report on advancing towards a transition to a low-carbon economy in North America. The banking group also reported it secured CAD$22 billion during its first year. In December 2017, TD set a target of a total of CAD$100 billion in low-carbon lending, financing, asset management and internal corporate programs by 2030. 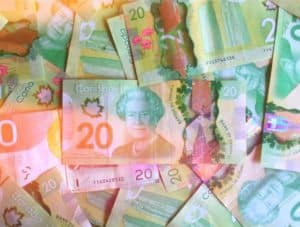 The progress report quantifies the economic and environmental benefits of the Bank’s support of low-carbon initiatives, which are focused on three drivers measured across a range of market sectors:

As set out in this report, the Bank’s support of low-carbon initiatives totaled CAD $22 billion in fiscal 2017, the first year of the program. Based on our methodology, these initiatives:

“Financial institutions can play a central role in helping to achieve a balanced and measured transition towards a low-carbon economy. We are proud of our role in job creation, economic growth and environmental progress in North America.”

“TD is committed to supporting initiatives that help create a more vibrant planet. Our low-carbon investments include the planting of 1 million new trees in North America by 2030, and the support of initiatives and events that are designed to help grow and enhance green spaces so people and communities can thrive.”