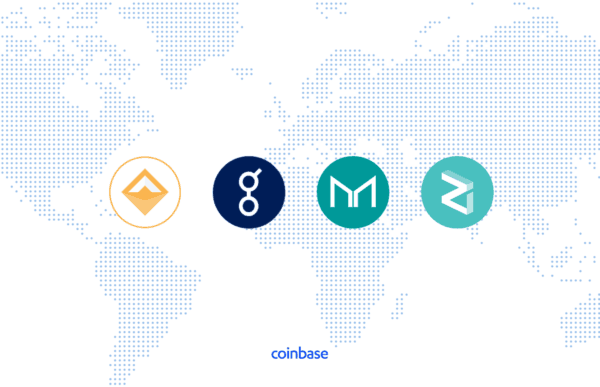 Coinbase recently announced Ethereum tokens Dai (DAI), Golem (GNT), Maker (MKR), and Zilliqa (ZIL) have launched on Coinbase Pro in select jurisdictions. According to Coinbase, support for GNT and DAI will initially be available for Coinbase Pro users in the U.S. (excluding NY), the UK, EU, Canada, Singapore and Australia. MKR and ZIL will not be available to customers in the US but will be tradable in the UK, EU, Canada, Singapore and Australia on Coinbase Pro. While sharing more details about the launch, Coinbase stated:

“Earlier this year we announced our intention to support the ERC20 technical standard across Coinbase. Following our launches of 0x (ZRX), Basic Attention Token (BAT), and our stablecoin, USD Coin (USDC) across all Coinbase platforms, we recently added Civic (CVC), district0x (DNT), Loom Network (LOOM) and Decentraland (MANA) to Coinbase Pro. Today we’re announcing support for DAI (DAI), Golem (GNT), Maker (MKR), and Zilliqa (ZIL). Of these, GNT is not technically an ERC20 token, but is an Ethereum-based token.”

Coinbase also revealed each of these tokens has associated functionality, some of which may be in beta. Moreover, each token’s associated functionality is not currently directly accessible via the Coinbase Pro platform. It was also noted that other digital assets and ERC20 tokens may follow will support trading in DAI and GNT only. International Coinbase affiliates will support trading in MKR and ZIL for clients in select jurisdictions outside of the U.S. Coinbase added:

“We recognize that there are popular assets that we have not yet added to our platform. Our decision to add ERC20 tokens first arises in part from the relative ease of integrating the standard with our existing infrastructure, particularly from a security standpoint. However, as noted in our earlier post, we are exploring the addition of many new assets beyond ERC20 tokens on a jurisdiction-by-jurisdiction basis.”