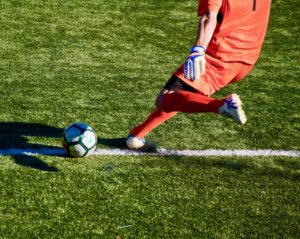 Netherlands based crypto firm Libereum has acquired the Spanish football club Elche CF, according to a note from the company.

Libereum said the purchase was conditioned on a bank guarantee of € 4.3 million as a 1st downpayment.  Libereum believes there is the potential for Elche CF to return to the Primera Division within the next few years.

Libereum describes the acquisition of the club from the Segunda División A as “a crucial step towards connecting the decentralized digital currency (Liber) with the most popular sport in the world: football.”

Libereum believes the purchase will help to create high demand for cryptocurrency for a wider audience.

The club was founded in 1923, after which it played against Barcelona and Real Madrid for 21 seasons in the Primera División. The club plays at the Estadio Manuel Martínez Valero, which has a capacity of 35,000 spectators.

“The purchase of Elche CF, a beautiful football club that shares our vision of a cryptocurrency future and is willing to actively communicate it to its supporters, is fantastic news,” commented Cem Kumlar, founder of Libereum. “The team has been working very hard to achieve this and I would like to express my thanks to all those who have contributed to this impressive and intensive process.”

Kumlar said he has no intention of changing the football organisation of Elche CF. But he wants the Liber coin to gradually become part of the financial policy in and around the club, so that everything can be paid with Liber.

Libereum says it works exclusively with LATOKEN to offer the Liber Token. Libereum states that via LATOKEN 10 million Liber will be offered for $5 each.