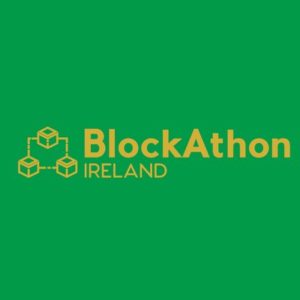 Blockathon Ireland, a blockchain hackathon for Public Services hosted by the Government of Ireland, has announced the winners of the competition portion of the event.

The Department of Public Expenditure and Reform, in association with The Department of Finance, brought together nine technical teams with the aim of identifying and exploring solutions to real problems using Blockchain Tech.

According to a spokesperson, the First and Second place winners of the Hackathon are as follows:

During the closing ceremony, Clodagh McCarthy Luddy and Rosa Devine, or “Team AiL,” were awarded the top prize for their blockchain-based solution, demonstrating the potential of blockchain to improve services offered by the Government of Ireland.

Their proposal was for the utilization of blockchain technology to timestamp files submitted to the Central Statistics Office (CSO). This tool would allow for data to be tracked and recorded across multiple stakeholders helping to reduce errors and increase trust between the CSO and its stakeholders.

“The Builders”, a team submitted by ConsenSys, received second place with their ‘TravelPort’ solution that demonstrated how a decentralized toll collection mechanism for vehicles could be achieved.

Third place was awarded to ‘Block Pirates’ for their medical device tracking solution. The second and third-placed teams received €2,500 and €1,000 in prize money respectively.

Minister for Finance and Public Expenditure and Reform, Paschal Donohoe TD, commented on the event:

“This weekend’s Hackathon has been a truly rewarding and engaging experience for all involved, and underlines our commitment to develop a deeper understanding of how blockchain may be harnessed to improve current processes, citizen user experience, and cross-sectoral efficiency. I would like to sincerely thank each team for their participation. They have all played their part in helping to accelerate the pursuit of Irish blockchain innovation.”

Minister of State with special responsibility for Public Procurement, Open Government and eGovernment, Patrick O’Donovan T.D. said the event was indicative of the depth of blockchain talent being nurtured on home soil.

“All the teams here today have displayed an acute ability to harness a complex technology and fine-tune their solution accordingly, impressing our carefully selected judges and mentors. I’m very excited to see the solution progress to the next phase of development.”

AiL were deserved winners of an outstanding event. Congratulations to all the fantastic teams that participated & taught us so much. @BlockAthonIRE surpassed all expectations. Thanks to @IRLDeptFinance and @IRLDeptPER for hosting #blockathonire #blockchain #Ireland pic.twitter.com/0FWtFSDL7c