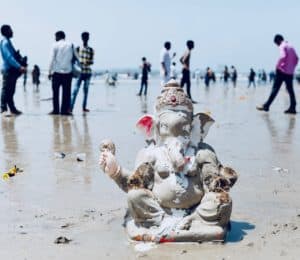 The Supreme Court of India yesterday ordered the Indian state to establish rules to govern the cryptocurrencies and sector there within four weeks, Inc42 reports.

Justices Rohinton Fali Nariman and Vineet Saran also declined to hear from any more petitioners regarding an ongoing legal fight against the Indian Central Bank order that all banks stop servicing the crypto sector, and advised the government that if it did not make a determination soon, the courts would proceed to do so.

Founder and CEO of cryptocurrency startup WazirX, Nischal Shetty, reportedly expressed relief about the order. He said it is the first time a deadline has been imposed that could compel the government to finalize legislation and clearly govern the so far murkily-regulated sector.

According to Quartz, the government of PM Narendra Modi established a panel to study how to regulate the crypto sector in November 2017.

The panel promised to provide findings by July 2018, but failed, and no proposed legislation has yet been tabled.

In November 2018, Indian courts produced an affidavit ordering the government of India to produce a timeline stating when legislation could be expected, and the government responded by promising to table proposed laws by March 2019.

The matter is pressing for a number of individuals who started crypto businesses in India despite what they describe as a confusing lack of legal clarity.

India has been the site of numerous cryptocurrency scams (almost $3 billion USD may have been removed from Indian pockets by Bitconnect scammers).

Arguably more “legitimate” entrepreneurs, however, also had their operations stymied last April when the Central Bank of India (RBI), while granting a three-month grace period, ordered all banks in the country to stop servicing cryptocurrency firms, including trading platforms and ATM businesses.

As they watched their revenue channels suddenly dry up, numerous crypto personages and firms, including Amit Lakhanpal –now accused of orchestrating a $107 million dollar (Rs 500-crore) cryptocurrency fraud– petitioned the courts to strike down the RBI’s order.

Not everyone petitioning the courts around crypto regulations has been in favour of the phenomenon.

According to Inc42, lawyers and, “petitioners (Dwaipayan) Bhowmick and (Vijay Pal Dalmia) have been advocating for a ban on cryptocurrency citing the lack of policies.”