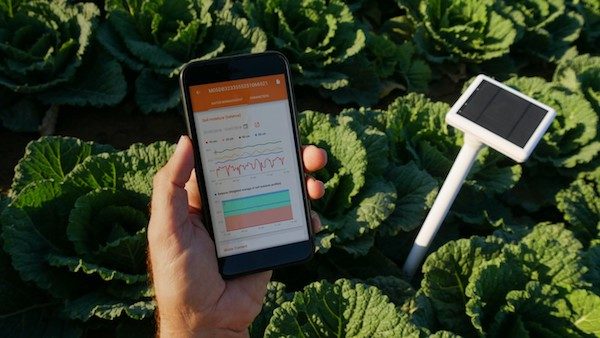 Portugal-based agriculture tech company, Agroop, is now seeking €500,000 through its new equity crowdfunding campaign on Seedrs. As previously reported, Agroop was founded in 2014 with a mission to democratize the access to technology in the farming sector by building a big data analytics platform to help farmers and agronomic agents to be more productive, allowing them to monitor costs, water needs, predict risk factors and identify best production factors and procedures. Among Agroop’s products are the following:

Last year, Agroop launched a new combined product for the agriculture industry – Stoock, a multi-sensor that measures data about the crops, and Agroop Cooperation, a software that allows users to analyze that data.

“The goal is to help farmers and consultants manage crops’ water needs and prevent plagues and diseases – thus improving the quality of their crops, saving resources and increasing their business’ efficiency.”

With its previous Seedrs campaigns, Agroop was able to raise around €685,000. With the first campaign, in 2015, it became the first Portuguese startup to be funded through Seedrs, securing €75,000; one year later, the company raised another €95,000; then, in 2017, Agroop obtained €514,000 (with 257% overfunding). Speaking about launching the new funding round, Bruno Fonseca, Agroop’s CEO, stated:

“We’re launching this investment round to keep innovating and growing, to strengthen our value propositions, and to consolidate our international expansion strategy. We want to invest more assertively in high-potential markets like the USA – where we already have strong early adopters – and Australia, where we have motivated clients and partners.”

Since its launch, the funding round has secured more than €100,000. It is set to close later this summer.