Last week, the North American Securities Administrators Association (NASAA) issued their legislative agenda for the 116th Congress. Buried within their priorities were the Association’s concerns pertaining to emerging Fintech services.

Fintech has the capacity to provide better services for both consumers and businesses – typically smaller firms and retail investors. The promise of Fintech, if allowed to evolve, is to better serve the underbanked population or the population that is not banked at all. Additionally, Fintech can provide more efficient access to capital for SMEs.

A recent report by the Cambridge Centre for Alternative Finance (CCAF), the global leader in research regarding alternative finance, emphasized the fact that Fintech can “extend the benefits of financial inclusion to millions of unbanked and underbanked people around the world.”

Philip Rowan, Regulatory Innovation Lead at CCAF, said that one of their biggest takeaways for positive change is “the importance of an internal mindset and culture which is supportive of innovation within the regulator.”

NASAA is the lobbying group that represents state and provincial securities regulators. Over the years, it has become apparent that state regulators frequently overlap with federal regulators thus creating a duplicative compliance process. Financial service firms must manage regulations at both the federal and state level – all 50 fifty of them (and perhaps the provinces in Canada). This process comes with a cost – one that is inevitably carried by the end user – businesses and consumers. 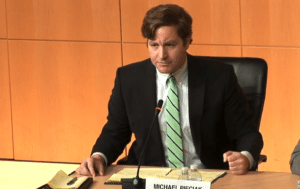 “We have developed specific recommendations for promoting investor protection, safer capital formation, and innovation in the modern securities marketplace to help inform Congressional action to the benefit of American investors.”

“The rapid expansion of technological innovation in the financial services industry (“Fintech”) has brought new opportunities to the financial marketplace but also significant investor protection concerns.  Fintech holds the potential to improve and expand access to investment services and products.  At the same time, the public’s interest in the benefits of innovation cannot supersede its risk or justify exempting innovators from the requirements of longstanding investor protection laws and regulations.  The 116th Congress must carefully evaluate proposed legislation designed to promote innovation to ensure that it does so in an informed and thoughtful way that adequately protects investors and users.  Investor protections must not be diminished at the state or federal levels for the sake of potential yet unproven innovation in the financial services industry.  Congress should, therefore, refrain from preempting any protections afforded to investors under state law.”

NASAA cautions Congress on the creation of Regulatory Sandbox’s – a concept first initiated by the innovation-friendly Financial Conduct Authority (FCA) in the UK. The UK is regularly recognized as the leading jurisdiction when it comes to fostering competition and innovation in financial services.

Since the creation of the first Fintech Sandbox, many international jurisdictions have embraced the concept as an opportunity to promote competition and boost innovation. Recently, the FCA took the project a step further in creating the Global Financial Innovation Network (GFIN) which includes a grouping of international regulators.

Simultaneously, the Sandbox concept is touted as an opportunity for regulators to closely monitor emerging Fintech firms as they seek to improve on financial services offerings. In theory, it is a win-win. The Fintech can experiment in a safe environment while the public authority learns about the service first hand – prior to any public introduction.

“.. risks arising from financial innovation generally should be shouldered by sophisticated or institutional investors, not retail investors who can ill-afford the consequences of a failed investment,” states NASAA.

Regarding cryptocurrencies and initial coin offerings (ICOs), NASAA tells Congress they should be rigorous in guarding against fraud and exploitation of “digital instruments such as coins, tokens, and cryptocurrencies.”

NASAA tells Congress to require the Securities and Exchange Commission to provide further guidance on the treatment of ICOs and minimize the “opportunities for price manipulation of cryptocurrencies and similar assets.”

In July of 2018, the US Department of Treasury published a comprehensive report on Fintech and access to capital. The Treasury had a bit of a different opinion when it comes to innovation in financial services. When addressing the overlap of state regulation and federal securities law, the Treasury had this to say:

“Treasury supports state regulators’ efforts to build a more unified licensing regime and supervisory process across the states. Such efforts might include adoption of a pass-porting regime for licensure. However, critical to this effort are much more accelerated actions by state legislatures and regulators to effectively reduce unnecessary inconsistencies across state laws and regulations to achieve much greater levels of harmonization. Treasury recommends that if states are unable to achieve meaningful harmonization across their licensing and supervisory regimes within three years, Congress should act to encourage greater uniformity in rules governing lending and money transmission to be adopted, supervised, and enforced by state regulators.” [emphasis added]

NASAA has consistently played an important role in preventing fraud. Investor protection is paramount for all financial services firms. NASAA believes that markets are “best served by robust enforcement of securities laws at the state and federal levels.”

“Congress must not enact any laws that will weaken or diminish existing regulatory oversight of the capital markets or any participants, such as issuers, broker-dealers, or investment advisers … Congress must never take state regulators off the securities beat, or any portion thereof, or otherwise limit a state’s discretion and autonomy in pursuing bad actors through enforcement actions and prosecutions.”

But many Fintech industry participants recognize the fact that duplicative compliance demands across all 50 states, alongside the multiple federal regulators, undermines innovation and competition in financial services. The Department of Treasury agrees to a point with NASAA that Congress should act. But when it comes to Fintech innovation, Treasury’s recommendations may undermine the relevance of state-based regulators and their profound lack of regulatory harmonization. 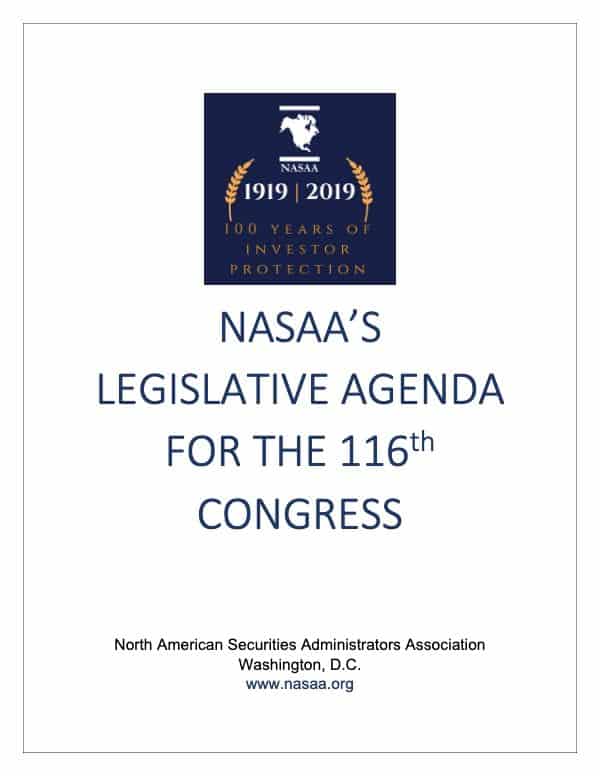