Shebah, a ridesharing service only for women, has raised $3 million on Birchal. The Australian company has claimed the most money raised for the young investment crowdfunding sector.

Shebah sought a minimum target of $1 million at a pre-money valuation of $19.4 million. The fully subscribed seed round sold shares at $1 each and a minimum ticket of $100. According to the offer page, 2126 investors participated in the round. Birchal reported that a single wholesale investor backed the round with a $1 million investment. Over 94% of investors in the Shebah offer were women. Birchal said this was the largest representation of women in a public offer of securities globally as far as they are aware.

Shebah is Australia’s only nation-wide all women rideshare company. Shebah is designed to create a safe and flexible transport option for women. Shebah has rolled out across Australia and is moving next into New Zealand. The drivers are all women.

The privately-owned company was founded by entrepreneur and CEO George McEncroe – a single mother with four teenage children. 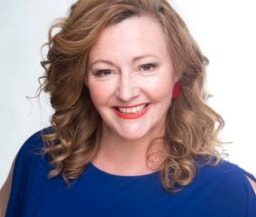 “Receiving this investment means that we can finally start to build out many of the features our users have been crying out for, and be in more cities where people need us,” commented McEncroe.

“We’re so thrilled that Shebah now holds this record,” said Matt Vitale, co-founder of Birchal. “Shebah’s founder George McEncroe and her team are brilliant ambassadors, and a perfect case study for what is possible under the equity crowdfunding regime in Australia now.”

Rules in Australia went through several iterations before legislators were able to create what may end up becoming an effective ecosystem.

Birchal reports that it has hosted five successful crowdfunding offers in the first quarter of  2019. So far, Birchal has raised $4.8 million from around 3,300 investors for these companies.