The Founders Bank has appointed Kenan Altunis as Chief Executive Officer. Altunis was most recently Global Co-Head of the Institutional Client Group within Deutsche Bank’s Corporate and Investment Bank where he was responsible for a multibillion-dollar revenue operation and a team of over 1000 people. 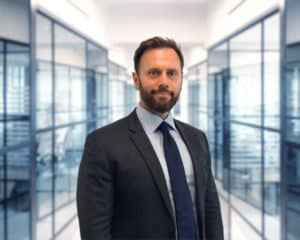 Altunis is said to have worked directly with the world’s largest institutional investors and regulatory bodies, and was a member of its Executive Committee, reporting directly to the Deputy CEO of the bank.

Altunis will begin as CEO of Founders Bank upon cessation of his Deutsche Bank commitments in early June 2019.

Based in Malta, the Founders Bank is described as a “corporate challenger bank servicing the tech industry.” This includes blockchain and other emerging technologies. Founders Bank is not yet licensed but is reportedly in the process of obtaining a full EU banking license under the regulation of the MFSA and the European Central Bank

World’s largest crypto exchange Binance is an investor in Founders Bank. In a statement in 2018, Binance said Founders Bank will become the “first stable and high tech banking solution not only focused on founders, but also owned by them, bridging the gap between traditional financial world and innovative crypto companies.”

The current team at Founders Bank is said to contain a diverse group of executives with extensive finance experience including tenures at firms like Barclays, HSBC, Citibank, Bank of America, Royal Bank of Canada, Brevan Howard, KPMG, Mastercard, Amazon, Paypal, and Bitpesa.

Altunis commented on his appointment saying he was excited to migrate from traditional banking to creating a world class challenger bank.

“We will focus on servicing technology companies who find accessing and using existing financial services difficult and cumbersome. These will include companies in emerging technologies, such as blockchain and crypto,” said Altunis.

“As one of the lead investors of the Founders Bank project, we are committed to developing the ecosystem and supporting infrastructure cornerstones to facilitate growth across the broader industry.”