Bitcoin Association, a global organization for Bitcoin business, announced on Thursday it held the first ever Bitcoin SV (BSV) Hackathon. According to the organization, the top 3 finalists will be flown to Toronto to win a prize pool of 400 BSV, which currently valued more than $27,000. 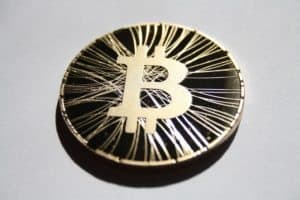 The Bitcoin Association also reported that the first phase of the competition was a virtual hackathon that took place globally over the weekend of May 4th-5th with 122 individual competitors, plus another 94 joining together to form 42 teams. The challenge was to develop a solution for BSV on-boarding issues, extending beyond onboarding new users to the challenge of also on-boarding new developers to BSV.

“The quality of entries was so high that the judges named 14, rather than the originally expected 10, semi-finalists. Now the entries have been narrowed to three top finalists. A representative of each finalist team will be flown to Toronto for the ultimate judging and awarding of 400 BSV coins at the CoinGeek Toronto conference on May 30th. All finalists will also have the opportunity to be considered for investment by CoinGeek founder Calvin Ayre, the technology entrepreneur.”

The finalist projects are the following:

The organization further explained that finalists will be judged by four expert judges plus a vote by the entire conference audience, expected to be more than 250 global cryptocurrency elites. The winner will be announced at the conference’s end with first place winning 250 BSV, second place 100 BSV, and third place 50 BSV. Jimmy Nguyen, Founding President of Bitcoin Association, added:

“We are thrilled that over 200 developers from 19 countries around the world joined the hackathon to build on BSV. We were especially excited to see the entrants’ diverse and creative range of on-boarding solutions, many of which could form the basis for successful BSV ventures. This reinforces why Bitcoin SV is the rebirth of the original Bitcoin, enabling developers to finally unleash the true power of Bitcoin’s original design, protocol, and Satoshi Vision.”