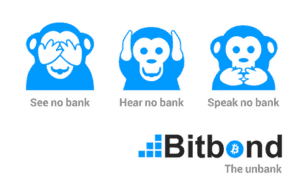 Bitbond, one of the very first regulated security token offerings (STOs) in Europe, is now offering an STO to Asian investors.

According to a release from the company, Bitbond is raising €3.5 million in an STO to continue supporting SMEs in Asia with business loans.

Bitbond launched a European facing STO in early 2019 when it was revealed that German regulator BaFIN had given its approval to the “digital bond.”

Bitbond operates a peer to peer lending network of more than 50,000 investors. Since platform launch, Bitbond has funded over thousands of loans for more than USD $15 million to many small businesses. The platform currently supports over 150,000 users in 80 countries. The maximum loan amount available on Bitbond is £22,000 (€25,000).‍ Bitbond has targeted e-commerce type businesses that operate on the Amazon marketplace or eBay. Bitbond received regulatory approval to operate from BaFIN in 2016.

Radoslav Albrecht, founder & CEO of Bitbond said that small businesses are an incredibly important part of the economy, and hire the majority of all employed people worldwide.

“We see this STO as a way to help small businesses create more jobs, and supercharge their own growth.”

Bitbond said the money raised in the STO will be invested in loans to help SMEs and online retailers in Asia succeed.

The online lender has raised €2 million to date and is now opening it up to an international audience with a goal to raise €3.5 million.”

The security token of Bitbond (BB1) works like a bond, with Bitbond buying the token back after 10 years.

The STO will run until the 8th of July, and is open to investors around the world, with the exception of investors in the US and Canada.

When first announced, Bitbond said their minimum raise would be between €3 to €5 million but the STO can go up to €100 million.

According to the Bitbond website, the targeted return is 8% which includes a combination of a 4% p.a. interest coupon and a 60% profit participation potential.

Bitbond has said the token will become immediately tradable upon issuance. It was reported earlier that the STO would conclude in May but now it appears the offering has been extended to July.