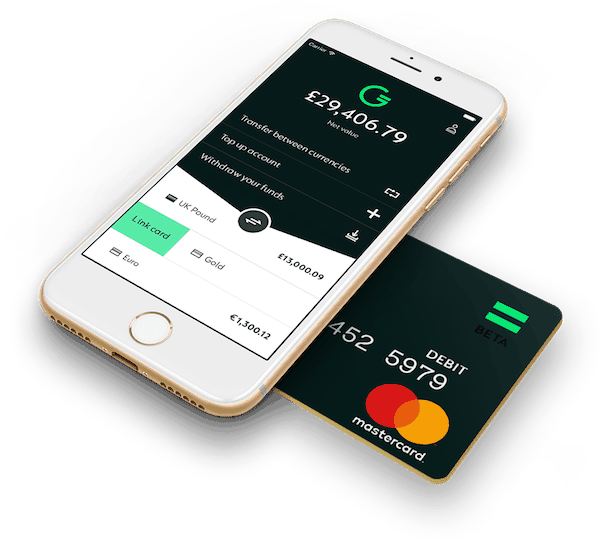 Glint, a UK-based fintech that enables physical gold to make instant payments using a debit Mastercard, announce on Thursday it completes £5 million private placement. The private placement comes nearly one year after Glint raised more than £2.1 million through its Crowdcube funding round.

As previously reported, Glint was founded in 2015 and is now on a mission to reintroduce gold as money into the global payments system. Last year, the fintech released its mobile app and Mastercard to allow users to buy, store, and spend physical gold alongside national currencies and also built a proprietary technology platform providing real-time gold payments and multi-currency wallets with scalability in mind.

“With the Glint smartphone app and Mastercard you can buy, store, and now spend, physical gold through the global payments system. Clients load funds into their account, exchange into gold for a 0.5% fee and can then spend in real time, wherever Mastercard is accepted. The physical gold is allocated and securely held in an independent Brink’s vault in Switzerland.”

Glint reported that the financing was led by Sprott, an alternative asset manager and a global leader in precious metal and real asset investments, with approximately $8 billion in assets under management. Glint also named Sprott a strategic investor as well. Jason Cozens, Founder and CEO of Glint, stated:

“Sprott is a leader in the gold industry and are best-in-class investment specialists for precious metals and real assets investment strategies. This financing provides the Company with the financial resources to launch in the USA and bring our gold-based debit card and personal gold standard to all U.S. consumers.” Cozens continued: “Sprott’s investment and partnership is both a validation of Glint’s platform and demonstrates gold’s important role within the 21st century’s global monetary system.”

Peter Grosskopf, CEO of Sprott, went on to add:

“Sprott is committed to being at the forefront of innovation in the gold market by supporting initiatives that make gold quicker, easier and more cost effective to use as a means of paying for goods and services. The Glint Mastercard and its physically-backed storage account are groundbreaking technologies and Sprott is pleased to participate in the launch of Glint.”