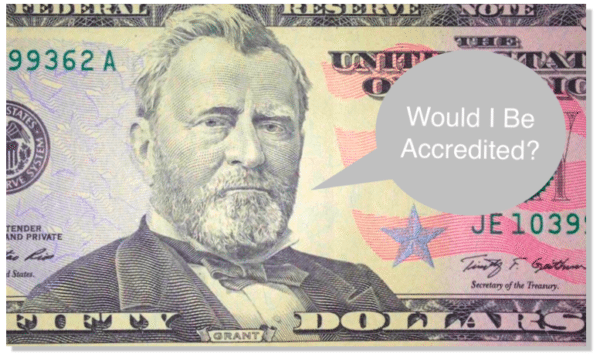 In the US, the definition of an “Accredited Investor” is an individual who earns over $200,000 a year or has $1 million in net assets minus their primary residence. If you are married, that number moves higher. Yet, as it stands today, this definition does not take into consideration knowledge or investment acumen – a far better determinant as to whether, or not, an investment is appropriate for the individual in question.

While it should be clear to anyone with an iota of common sense that the current wealth metric is a ham-fisted approach to providing an element of investors protection (akin to being able to shoulder a significant loss), this definition has disenfranchised millions of individuals with the capacity to make their own investment decisions without the invisible hand of the federal government telling them no. 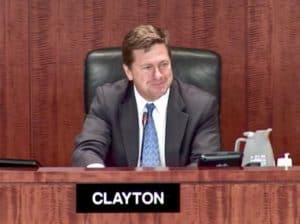 To quote a high profile regulator:

The importance of this quote is apparent when viewed by who actually made this statement: SEC Chairman Jay Clayton during the annual Small Business Capital Formation Advisory Committee Meeting which took place in Omaha, Nebraska last week.

Many years ago, promising early-stage firms would “go public” to raise growth capital far earlier in their business odyssey.

Apple (NASDAQ:AAPL) (then called Apple Computer) completed an initial public offering (IPO) on December 12, 1980, selling 46 million shares at $22 a pop. If you had purchased 10 shares in 1980, after various stock splits, you would have 560 shares today at a valuation of about $118,000. Not a bad return. Now, shares in Apple did not rise immediately, as the value of the firm ebbed and flowed following the years after its IPO. But the fact remains, smaller investors had a chance and choice to back a promising young firm that today represents one of the most valuable companies in the world.

If you contrast the current IPO market to the days of lore, public offerings have morphed into more of an exit opportunity instead of an entry point as the smart money (mainly VCs) seek the ultimate liquidity event. Today, there is an ocean of private capital willing to fund promising early-stage firms prior to an IPO – jumping ahead of the investment queue. So why on earth would any hot company endure the regulatory requirements and antiquated reporting demands that cost millions of dollars to do? They don’t. The loser in all of this is the smaller investor cut out from the equation of wealth creation. Either by ignorance or intent, the government mandarins have punished smaller investors in an incalculable manner.

The advent of online capital formation, facilitated by changes in the securities law (JOBS Act of 2012), has engendered a plethora of securities crowdfunding platforms removing friction from the investment process. Twenty years ago, it took a lot of effort to invest in real estate unless you were big money. Today, you can purchase a highly diversified portfolio of asset-backed properties generating solid returns. With a single exception, you must be deemed an accredited investor and thus mainstream America is boxed out once again.

“… our goal of bringing democracy to real estate investing is, so far, only partially realized. Government regulations today are not inclusive for small individual investors. The accredited investor definition effectively categorizes the vast majority of American citizens as less than equal, shut out from many investment opportunities, including platforms like ours.”

“The resulting regulations contribute to further widening the gap between the wealthy and the middle class, as well as create illogical distortions between investment products.”

By now, it should be obvious the current definition is broken and must be changed without delay.

Currently, the SEC is pursuing a regulatory harmonization review and has published a concept release on existing securities law. One of the topics is the definition of an accredited investor. In reflecting upon Chair Clayton’s statement above, and in speaking to various insiders, it appears that the Commission is inclined to address the glaring shortcoming in the definition of an Accredited Investor. This publication says it is about time and we hope they move forward at the Commission level.

Whether the definition is changed to incorporate a sophistication qualification, or eliminated in its entirety, its time for the old rule to go. Let’s hope the SEC acts independently of any looming legislation and rights this nagging wrong.