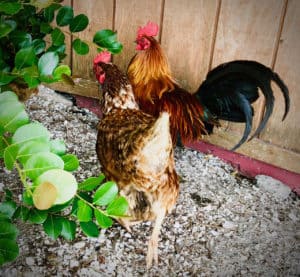 Tether traders are trading sentiment, but are they creating it?

Crypto-sentiment analysis provider Augmento is claiming to have found a correlation between sentiment regarding the controversial USD-proxy cryptocoins Tethers, and sentiment expressed on Reddit, a social media platform favoured by crypto enthusiasts.

According to the firm:

“Starting from the assumption that Tether’s market cap matters to Bitcoin, we set out to analyze whether we can leverage sentiment to predict Tether’s market cap. The findings show that there is an increase in sentiment activity 12 to 8 days before market cap shifts…First of all, we evaluated which of the social media communities talks about Tether the most. After comparing crypto sentiment data from Twitter, Reddit and Bitcointalk it shows that, in relative terms, it is the Reddit community, which is why we used its sentiment data for further analysis.”

Augmento has yet to prove, however, that certain accounts on Reddit are being used by either Tether or other actors to induce trading or selling that favours potential manipulators. Further research is required. “We would, amongst others (sic), have to check if the sentiment spikes are driven by the same accounts,” Augmento writes.

All told, Augmento claims, “Tether sentiment does not seem normal, (it) shows extreme spikes… with negative sentiment clearly dominat(ing) the online discourse.”
After a spate of negative sentiment, Augmento also notes that Reddit crypto users quickly lapse into a state of amnesia regarding the damning reports and then are “surprised” when more bad news comes:

“After a story breaks, interest drops fast. It seems as if the community is over and over again surprised by bad news about Tether.”

The report provides a list of headlines from articles that, “relate to the Tether negative sentiment spikes”:

Crypto communities are awash with speculation regarding the shadowy effect of tethers on cryptomarkets, where the coin was supposedly introduced to add liquidity.

Tether Limited, the company that issues tethers, has never completed a credible audit and is now under investigation in New York for fraud.

Augmento speculates that its identified 12-day ‘foreshadowing effect,’ “might be linked to the inner workings of Tether. For example, there might be a connection to the mechanism that Tether prints USDT before actually releasing them.”

“There is reason to believe that Tether has used fake accounts before to influence the online discourse. Let’s assume Tether has accounts on Reddit with which they can increase sentiment activity.”

If Tether or short-sellers are indeed fanning negative sentiment, “This opens doors to many different types of manipulation,” says Augmento:

“For example, the easiest manipulation is to spread FUD (fear, uncertainty, doubt), buy USDT with a discount after the price falls, and later sell it for $1, when the price normalizes”

“Assuming that Tether knows that some big player wants to buy big amounts of USDT. Tether can either offer an option to issue new Tokens to an investor, or just get USDT over-the-counter at a fixed price with a small discount. Suppose the latter option is chosen. Since large bank transfers may require a few days to proceed, the time gap is introduced. Tether might spread the FUD to manipulate the price, buy USDT from the market with a discount, and then sell USDT over-the-counter to an investor without affecting a market price. Interestingly, the actor might not be Tether itself, but some other big OTC trader.”

Augmento’s queries and methods are interesting but mystery persists:
“Whether or not these sentiment spikes are natural occurrences or intended results by market participants is not possible to determine at the moment.”
Until recently, Tether always claimed that every Tether it issues is backed 1-to-1 by equivalent dollars held in reserve, but has never proven this.
While market manipulation could be an additional way Tether and associates profit, injecting $4.2 billion USD in allegedly unbacked or just partially-backed synthetic USDs into crypto markets and exchanging these for cryptos with resale value seems like a much simpler game.
Sponsored Links by DQ Promote