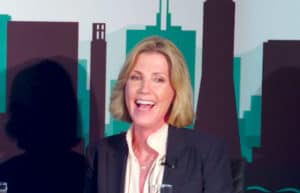 Apple Pay Vice President Jennifer Bailey recently made some interesting comments on cryptocurrency. Speaking with CNN, Bailey indicated that the tech giant has been watching cryptocurrency with keen interest. While discussing the new Apple Card and Apple Pay, at a closed-door event in San Francisco, Bailey stated:

The comment is notable for several reasons, first Apple (NASDAQ:AAPL) is already inching into the Fintech sector with both its card and wallet feature. As part of the transaction process, Apple Pay already tokenizes purchases and incorporates a higher level of security than physical card usage. But any big tech entrant into a virtual currency will benefit from the Libra debacle by Facebook. If Apple ever went down this path, expect more of a stablecoin that is pegged to a single fiat currency like the dollar or Euro and thus really more of a transaction method that eliminates cost and friction for users.

Apple, like other big tech firms, has long eyed financial services as a path to leverage its growing user base. Apple is a founding member of Financial Innovation Now (FIN), a DC-based lobbying firm that advocates on behalf of big tech and financial services.

FIN is described as:

“an alliance of technology leaders working to modernize the way consumers and businesses manage money and conduct commerce. We believe that technological transformation will make financial services more accessible, safe and affordable for everyone, and we promote policies that enable these innovations.”

While crypto has received a well-earned bad rap from the initial coin offering craze, the technology behind the concept persists as an idea that both startups and big corporates continue to experiment with to remove friction from existing processes. If Apple was ever to pursue a blockchain service, you can be assured the focus would be on both compliance and privacy but as the report indicates – Apple is only watching for now.