US real estate company and shared office space firm WeWork might slash the valuation it’s seeking as a public company to under $20 billion. The New York-based firm is also considering postponing its IPO, according to the Wall Street Journal.

WeWork’s proposed valuation cut comes shortly after the shared office-space provider announced it was planning an IPO at around $20 billion, which is significantly lower than the $47 billion private valuation the company secured earlier.

WeWork’s management is reportedly preparing to approach investors who might be interested in acquiring the company’s shares, even though some investors want the real estate firm to postpone its IPO.

The firm’s underwriters are planning to meet this week and consult with investors in order to work out details pertaining to WeWork’s public debut, the Journal noted.

The company intends to raise up to $4 billion through its IPO, while securing an additional $6 billion in debt, provided its public offering generates at least $3 billion, according to sources familiar with the matter. WeWork might not be able to sustain its level of growth without these funds.

Founded in 2010, WeWork’s management signs long-term leases for real estate properties, and then renovates and divides them into smaller office spaces. The rooms are rented out to individuals and companies under short-term contracts. 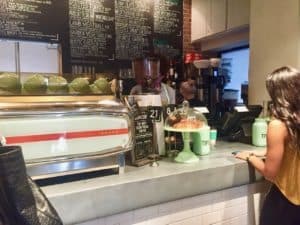 The company’s business model has been criticized as its losses increased by 25% to $905 million during the first half of this year, even though WeWork’s revenue doubled to more than $1.5 billion for the same period.

Investors have also expressed concerns about CEO Adam Neumann, who controls the majority of WeWork’s voting shares. Neumann reportedly raised $700 million by selling and borrowing against the real estate firm’s stock. He also charged around $6 million for the “We” trademark.