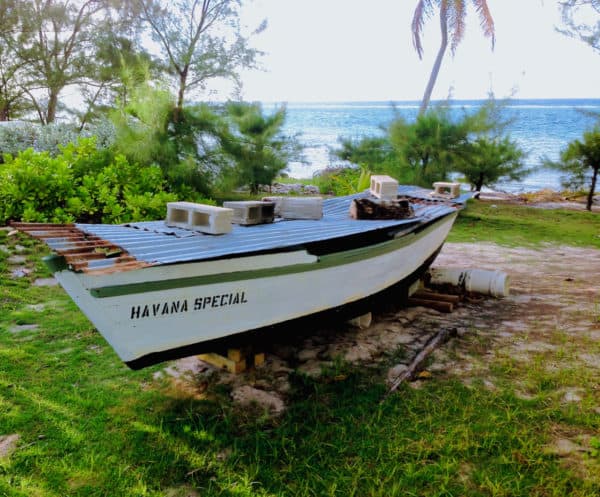 Some Cubans fed up with being frozen out of global commerce by decades-old US sanctions have started using cryptocurrencies to transact online, Reuters reports.

Jason Sanchez, for instance, who runs a cellphone repair shop in Havana, has been using cryptocurrencies to purchase spare parts for his business from a Chinese online retailer.

Crypto transacting has only been available in Cuba for a year. That is when Cuba implemented mobile Internet for the first time.

But Alex Sobrino, founder of the CubaCripto channel on anonymous messaging app Telegram, estimates that 10,000 Cubans are already using cryptocurrencies – to top up their cellphones, shop online and even book hotel rooms.

Although Bitcoin has been decried in the developed world for its resemblance to Ponzi/pyramid schemes and its negative-sum structure (miners “tax” the system about a million dollars a day), for citizens excluded from global transacting, incentives for using the system are more compelling.

Because finance companies risk incurring multimillion-dollar fines if they violate sanctions, Cubans cannot obtain credit cards at home and may even be denied them abroad, Reuters writes.

The sanctions can even have deadly consequences for Cubans, says the outlet:

“Several crowdfunding platforms shut down accounts for victims of the tornado in Havana earlier this year, for example, despite donations being legal, simply due to the mention of Cuba.”

Like elsewhere, regulations around Bitcoin and crypto in Cuba are unclear.

Fusyona sells crypto for Cuban pesos in amounts greater than $150 USD, and charges fees of up to 10%.

Leon told Reuters that cryptos in Cuban are much more than a hobby:

“For foreigners, cryptocurrencies is just another option…But for Cubans it is a necessity and can be a solution to their exclusion from the global financial community.”