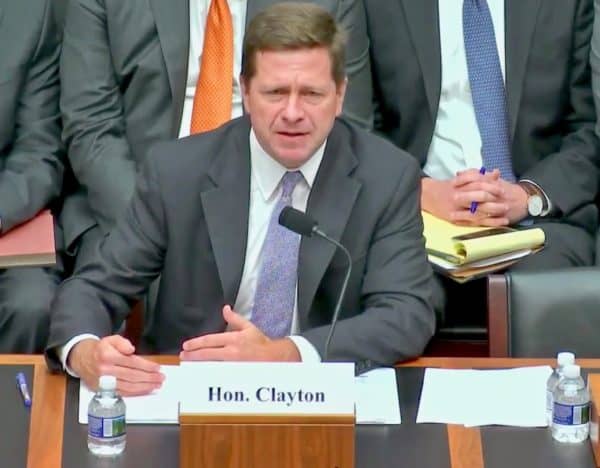 The US House Financial Services Committee is planning to ask the Securities and Exchange Commission (SEC) to provide additional information about a litany of topics including cryptocurrencies and Facebook’s stablecoin project Libra. Other topics include the discussion on private markets vs. public markets as well as enforcement demands and corporate disclosure.

The SEC is currently in the midst of a consultation on a concept release regarding regulatory harmonization. The deadline on the concept release is the same day as the Committee hearing, September 24th.

As mentioned in the notice, the SEC released its analysis of whether a token represents an investment contract by using the Howey test. The report includes a standard definition of exchange-traded funds (ETFs).

To quote the Committee memo:

“The Libra Investment Token could amount to a security since it is intended to be sold to investors to fund startup costs and would provide them with dividends. The Libra token itself may also be a security, but Facebook does not intend to pay dividends and it is unclear if investors would have a “reasonable expectation of profits.” However, the offer of Libra could be integrated into the offering of the Libra Investment Token, thereby deeming both securities. 24 Like ETFs, Libra would be redeemable by certain authorized resellers and bought and sold in the open market.”

Facebook has attempted to position Libra as a virtual currency and not a security.

“The private markets have grown significantly and are now more than double the size of the public markets: in 2018, issuers raised roughly $2.9 trillion of capital through exempt offerings, compared to only $1.4 trillion through public offerings.3 Changes to the securities laws have made it significantly easier for companies to remain private longer and raise capital through the private markets. For example, in 1990 the SEC adopted Rule 144A , which facilitated a new type of exempt offering by relaxing restrictions on the resale of certain private securities.4 The National Securities Markets Improvement Act of 1996 made it more attractive for companies to issue private securities under Rule 506 by preempting state securities registration requirements.5 Finally, the Jumpstart Our Business Startups Act of 2012 (JOBS Act) increased the number of record shareholders that a company can have before becoming a public company and triggering the public reporting requirements from 500 shareholders to either: (1) 2,000 total shareholders; or (2) 500 shareholders who are non-accredited investors.6 In addition, the JOBS Act (1) created a new exempt offering that allows issuers to use general solicitation, (2) increased the amount that issuers are allowed to raise under Regulation A, and (3) created a new exempt offering for “crowdfunding” offerings.”

The Hearing will be live-streamed on the Committee web site and should provide additional insight as to what we may expect regarding the outcome of the SEC concept release. The Hearing starts at 10AM on Wednesday, September 24th.