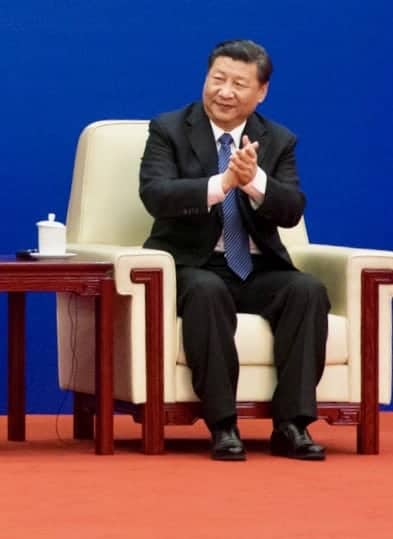 China’s General Secretary Xi Jinping has commented on the importance of blockchain technology noting that China plans to lead the world in the development of blockchain including financial services and other areas.

According to Xinhua, yesterday, at the 18th collective study of the Political Bureau of the Central Committee, Xi stated:

While China has banned cryptocurrencies and initial coin offerings it remains the leading mining center for crypto and is expected to issue the first Central Bank Digital Currency within weeks. Multiple government sponsored or approved blockchain projects have been in the works for quite some time.

Xi described blockchain as a “core technology” emphasizing its importance to the China economy. He told the audience that it is necessary to speed up industrial development:

“It is necessary to build a blockchain industry ecology, accelerate the deep integration of blockchain and frontier information technologies such as artificial intelligence, big data, and Internet of Things, and promote integrated innovation and integration applications. It is necessary to strengthen the construction of the talent team, establish and improve the personnel training system, build a variety of high-level talent training platforms, and cultivate a group of leading figures and high-level innovation teams.” [translated]

The Chinese leader said it is necessary to promote the deep integration of the blockchain and the real economy and solve the problems of difficulty in financing loans for SMEs, difficulties in controlling the risks of banks, and difficulties in departmental supervision.

Research, regulation, and risks are, of course, important too said Xi.

The pronouncements will come as no surprise to longtime Chinese watchers. Blockchain technology is part of a building block of establishing a dominant, global digital economy. It also fits exactly into the Belt and Road strategy which is Xi’s long term vision to establish China as the leading economy in the world topping the US in both economic might and public policy.