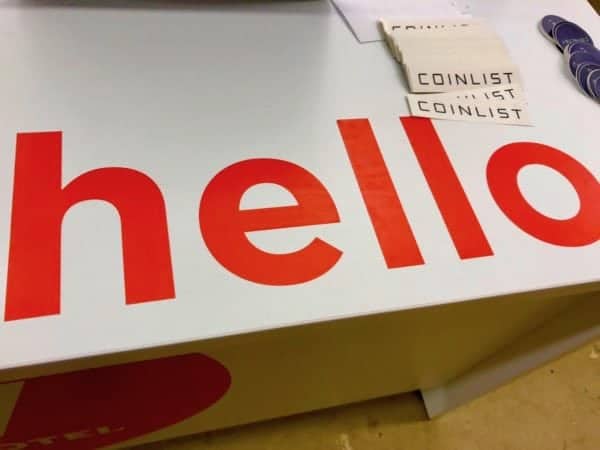 CoinList, an offshoot from the team that created AngelList, is launching a compliant cryptocurrency exchange – CoinList Trade. The company called the move a “natural next step” that will allow secondary trading of tokens as well as seamless distribution. CoinList has been a leader in the issuance of digital assets having facilitated over $800 million in tokens since launch in 2017. CoinList has powered many of the biggest names in token issuance including Filecoin, Algo, Blockstack and more.

On the regulatory front, trading will kick off in 38 different US states as well as “many international jurisdictions.” CoinList has always placed a high priority of being compliant and working directly with the many different regulators. CoinList has a page with all of the states and countries where its services are provided as well as the various state approvals necessary to operate the crypto trading platform.

Currently, CoinList Trade is accepting emails for its waitlist.

Starting today, trading in the following pairs will commence in BTC, ETH, ALGO, USDC, and USD. More digital assets are “coming soon.” CoinList Trade will charge 0.25% per transaction, in the counter asset currency.

The news of the new crypto exchange was joined with the announcement that CoinList has raised $10 million in a funding round led by Polychain Capital with participation from Twitter/Square founder Jack Dorsey – an important endorsement. Our other existing investors also participated in this newest round.

“Despite the public furor, the token sale market remains strong for the top projects. In fact, just last week, Nervos’ sale on CoinList closed at over $67 million. From the beginning, we’ve insisted on working with only the best projects, and we continue to see growth in our token sale business. About a year ago, we launched CoinList Build and started helping projects with more than just token sales. We’ve collaborated with about a dozen teams to run hackathons, encouraging applications to get built on top of their networks. Nearly 2,500 developers have signed up, building more than 180 projects. A common theme arises with our prior work: we partner with projects solving key problems in crypto.”

The crypto exchange is described as the second phase of its mission.

“Once these networks are live and the tokens liquid, end users need a trustworthy, reliable, compliant exchange to trade them on — and who better to provide that service than the company that ran the project’s initial sale of tokens? So, with that, we’re excited to announce CoinList Trade: a cryptocurrency exchange for the most impactful token projects.”

CoinList noted that they have developed a bank-grade compliance process including KYC/AML, and investor accreditation when it is relevant.

CoinList added this was just the beginning of the digital asset odyssey:

“We’re beginning with offering compliance and sale facilitation services for token issuers, but soon we’ll be expanding the scope of financial services we offer. We will support these companies throughout their lifecycle—whether that means secondary trading of their tokens or securities, market making for them, or anything else.”