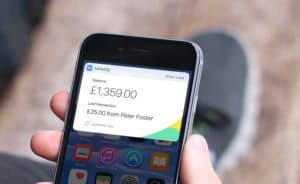 Norris Koppel, founder and CEO at Monese, a mobile banking service for people who travel frequently, received the “Rising Star” award at Ernst & Young’s (EY) Entrepreneur of the Year Ceremony. Koppel has been recognized for his pioneering work in banking.

Introduced 20 years ago, EY’s prestigious program aims to recognize the world’s top entrepreneurs and business owners who’re making positive contributions to society and the global economy. The UK program is a business award and it’s also part of a global program that provides assistance to innovative businesses in more than 50 countries and 145 cities throughout the world.

“I’m honored to receive this prestigious award in recognition for the work we’re doing at Monese. We are committed to giving people the financial freedom to thrive anywhere. We believe that banking services like ours should be there for them every step of the way, wherever they are within the UK and Europe. Our global approach to banking services makes sure that people and their finances stay connected wherever and whenever they need them.”

Monese is an entrepreneur from Estonia. He relocated to the UK where his application for a current account at a major financial institution was declined because he was unable to give local proof of address and did not have an established credit history. Monese was launched to circumvent this by giving people who travel frequently access to banking services.

More than 1.8 million people have signed up on Monese’s platform. It’s is one of the most widely-used and fastest growing alternative banking platforms in the United Kingdom and many other European countries.