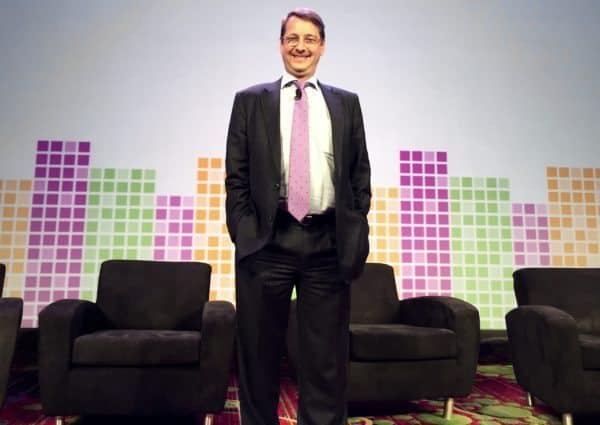 Greg Gibb, CEO at Lufax, an online wealth management platform and tech solution provider for local governments and financial institutions, recently shared his views and insights on the future of Fintech, during the Committee of 100 Greater China Conference and Gala 2019, which were held at the Ritz-Carlton Shanghai, Pudong.

Gibb noted that the Chinese Fintech sector is “restructuring dramatically,” a process which began a year to 18 months ago, and may continue for up to another year and a half.

He added that before restructuring began, there were many firms that were operating in the Fintech sector. Gibb argues that the number of Fintechs is going to go down to around by “a couple hundred,” a statement that has been echoed by others. This largely has to do with the Chinese peer to peer lending industry which once was the largest sector of Fintech in the world but has collapsed in spectacular fashion. The P2P industry endured rampant fraud like Ezubao – one of the largest frauds anywhere – ever. Ezubao stole an estimated $7.7 billion from Chinese investors.

As Chinese regulators tightened things up the once prolific sector started to collapse. Lufax, at one time, was one of the largest peer to peer lenders in china. Survivors have moved into other areas like wealth management or online lending – minus retail investors.

However, the Lufax executive says he doesn’t think the consolidation will result in a typical “winner-take-all situation.” Instead, it might be more likely that the top 10-15 industry participants will dominate the market.

“It is a very crowded space with lots of niches. The bar of play is going up very fast, and the winners are those armed with financial DNA, a lot of data, and breakthrough technologies.”

Gibb, an active industry participant, says he welcomed the restructuring and consolidation process.

“In the early days you could literally become a Fintech company by purchasing a system on Taobao for a couple hundred Renminbi. Whereas the restructuring may be painful in the short term, it will be a good and necessary step in the long run.”

Gibb adds that the way to take part in China’s evolving Fintech sector has been gradually changing on “the fundamental level.”

“If you roll back to four or five years ago, a lot of Fintech was much more siloed. Each company tried to fight in its own space, do its own thing, and control the process end-to-end. Going forward, we will see much closer cooperation amongst Fintech companies, as well as between Fintech companies and traditional financial institutions, much like the recent Google-Citi partnership.”

Gibb says there’s a trend towards increased cooperation between different platforms and solutions providers. E-commerce platforms have been leveraging social platforms to grow their business, and Gibb said that Fintech firms must do the same.

“This is the open banking model for China – high-traffic platforms that have hitherto not entered the Fintech space will help provide scenarios for banks and Fintech companies to take advantage of the massive flow of traffic and data.”

Gibb thinks that the “scenarioization” of finance will lead to substantial industry growth in the next few years.

“Payments was the first area where FinTech demonstrated its transformative power. Since then consumer finance has been growing very rapidly and shown great promise. But in second- and third-tier cities, the lack of assets and funding among businesses is still evident.”

He also mentioned that it’s now time for a technological solution to make it easier and more effective to manage assets and also make financing more inclusive.

“The asset management sector will present even more opportunities in the next five years, as the allocation of resources – where does the money go and how does it get there – becomes ever more important.”

He goes on to state that Fintech that connects the “right” consumers with the “right” products and services, in a transparent, intelligent manner, can help direct funding to the right areas while  supporting the “real” economy.

Gibb says institutions that are a part of financing scenarios, and are able to gain access to, as well as understanding of, clients will most likely take the “lion’s share” of the revenue.

“The profit cycles of Fintech rarely go beyond three years. Business models that have once induced value creation will reduce quite swiftly as time progresses. Those who capture the most value and avoid diminishing returns are the ones who continue to be ahead the innovation curve.”

He said that one of the main factors moving forward will be to find how to initiate more dialogue and discussions between the regulators and the tech innovators.

Gibb went on to state that the Chinese Fintech model will likely witness the best application and most growth in emerging markets.

“A lot of the success we saw in China was thanks to the unique combination of first world technology and emerging market growth. The Fintech story will continue to be a fast-growing, emerging market story.”

However, Gibb claims that the “the low-hanging fruit is gone.” Fintech needs “a scala of scale or skill to reach its goal. A large customer base, financial DNA, or unique capabilities to integrate different forms of data, content, and offerings can each prove an asset; while the winning combination of all three will continue to see value,” Gibb argued.

Fintech represents just 5-6% of China’s financial ecosystem, Gibb revealed. He notes that Fintech has a relatively small base, however, it’s large enough in the global context and remains on track for substantial growth from “unmet needs.”

Gibb says the key behind the growth will likely be artificial intelligence (AI), led by chatbots, which will allow financial services to “leave the screen of an app and become a truly two-way interactive experience that prioritizes investor education in wealth management.”