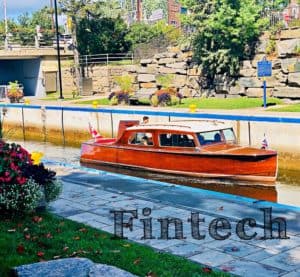 Katipult Technology Corp. (TSXV: FUND), a Fintech providing software powering online capital formation and digital private placements, has selected Gord Breese to the position of President and Chief Executive Officer of the Company effective January 6th, 2020. Breese will also be joining the Board of Directors.

The official news came several days after Katipult had announced the granting of stock options to Breese in advance of his pending appointment as CEO.

Katipult has long been managed by former CEO Brock Murray, an entrepreneur and Fintech visionary who led Katipult from startup to a public listing.

According to a company release, Breese brings to Katipult executive experience in business software and a track record of driving transformative growth and building value at high growth tech firms including ServiceMax, SAP, Business Objects, Apple and Oracle. Breese was part of the team that took Pivotal Software public and is said to have played a key role in expanding Business Objects’ global footprint, prior to its acquisition by SAP.

Murray will continue as a full-time executive with the Company in the newly created role of Head of Global Development. He will also remain as Director on the Board.

Katipult Board Chair Marcus Shapiro issued the following statement on the executive change:

“We are delighted to have attracted a seasoned tech executive of the calibre of Gord Breese to lead the next stage of Katipult’s development.  Since its listing in late 2017, the Company has posted seven consecutive quarters of increased subscription revenues, attracted enterprise customers such as ATB Financial, and recruited experienced tech investors to Katipult. In Gord Breese, with his background, and his proven track record of success in growing software companies, the Board is confident that Katipult has chosen a uniquely qualified business leader.  I am also delighted that Brock Murray remains fully committed to the business in his new role of Head of Global Development.”

Murray said the Katipult team is ecstatic to have attracted a proven executive to their leadership team. Murray said the decision to recruit a new CEO was predicated on our ability to find the right candidate:

“.. we are confident Gord Breese is that individual. I personally look forward to working alongside Gord in a new role that I feel I can add the most value to the business and our shareholders.”