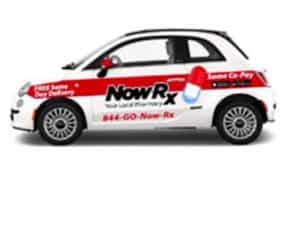 Launched last fall on SeedInvest, NowRx has recently topped $4 million. The Reg A+ offering is said to have secured the spot as “most raised live deal on SeedInvest.”

Crowdfund Insider covered the NowRX crowdfunding round last October. At that time, it was reported that NowRx raised over $500,000 in the first 24 hours the offering was live.

NowRx is offering preferred equity in the company at a pre-money valuation of $65 million. The company is looking for up to $20 million in funding.

Investors, now totaling around 1939, may participate at a minimum amount of $1000.

NowRX is an on-demand pharmacy that provides same-day delivery so no more trips to your local CVS etc. Just log-in and order.

The company reports that in December, NowRx reached a sales and revenue milestone having booked $796,000 in prescription sales in one month thus generating an estimated annual run rate of over $9.5 million. This is the highest monthly revenue since the company launched.

We have already seen same day deliveries step up via Amazon. Perhaps prescriptions are next on the list?

If you are interested in more information, the offering page on SeedInvest is available here. The Reg A+ Offering Circular filed with the SEC may be viewed here.