LendingClub (NYSE: LC) announced on Tuesday it is one of 325 companies across 50 industries included in the 2020 Bloomberg Gender-Equality Index (GEI). According to LendingClub, the GEI expanded in 2020 to represent 42 countries and regions, including companies headquartered in the Czech Republic, New Zealand, Norway, Philippines, Poland, and Russia for the first time. Companies range from a variety of industries, including automotive, banking, consumer services, engineering and construction, and retail. 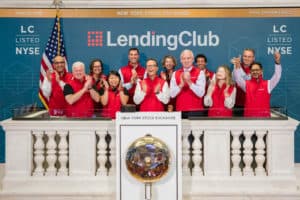 The companies included in the 2020 GEI have reportedly provided a comprehensive look at their investment in workplace gender equality and the communities in which they operate.

“LendingClub was included in this year’s index for scoring at or above a global threshold established by Bloomberg to reflect a high level of disclosure and overall performance across the framework’s five pillars. Both the framework and the GEI are voluntary and have no associated costs. The GEI is a reference index and is not for use as a financial benchmark. The index is not ranked. While all public companies are encouraged to disclose supplemental gender data for their company’s investment profile on the Bloomberg Terminal, those that have a market capitalization of USD1 billion are eligible for inclusion in the index.”

“As part of LendingClub’s continued commitment to gender equality, we are proud and honored to be included in Bloomberg’s Gender Equality Index for a second year in a row. We believe that the diversity of our employee base needs to represent the diversity of our customer base and that is why we’re committed to continuing to increase our diversity throughout our company and promoting those leaders from within.”