Royal Bank of Scotland recently announced its new £1 billion in funding through NatWest to support female entrepreneurs in the UK to scale and grow. The banking group revealed it is setting a target to support and inspire 500K people to consider starting a business, of which is at least 60% will be female, in order to help create at least 50,000 new businesses by 2023. 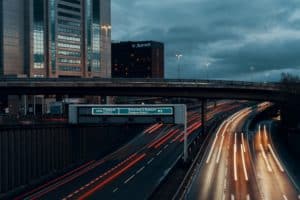 “According to the Rose Review, female-led businesses receive less funding than those headed by men at every stage of their journey. Women launch businesses with 53% less capital on average than men, are less aware of funding options and are less likely to take on debt. Open to both new and existing customers, the Funding represents new lending into the UK economy and is intended to go some way to closing the gap with male entrepreneurs.”

The bank also noted that it will increase the level of support provided through its accelerator program, and other initiatives and partnerships, including Back Her Business and The Prince’s Trust. Royal Bank of Scotland CEO, Alison Rose, stated:

“As we build a purpose-led bank that champions the potential of people, families, and businesses up and down the country, we are focussing on the areas where we can have the biggest positive impact across society. Small businesses are the lifeblood of our economy and we are backing Britain’s entrepreneurs and helping them to thrive by removing barriers to success. The funding and targets announced today will help support anyone who is thinking about starting a business throughout the UK. There is much more to come. Building a business is often tough and lonely and can be harder than it needs to be. By tackling the most important issues facing our entrepreneurs, we can make a real difference to those who need it most, especially in female-led businesses.”

The bank added it has supported 20,000 entrepreneurs through its Entrepreneurship program to date, with those businesses turning over in excess of £120,000 and creating more than 1,500 jobs.