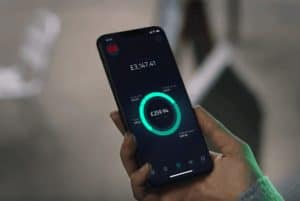 Traditional banks and other financial institutions need to go through a cultural transformation before they can successfully undergo a digital transformation, according to the chief technology advocate at Starling Bank, whose statements came during a recent panel discussion.

The recent debate, which was an initiative supported by widely-used messaging service Slack, was held on February 6 in London. It covered several 21st century developments including ongoing digital transformation efforts, the future of work and jobs, and how professionals will communicate and work cooperatively on projects.

The panel was moderated by Chris Skinner, chairman of the Financial Services Club.

While speaking about recent digital transformation efforts, Maude noted that he thinks it might be possible for traditional financial institutions to adapt to change, however,  it would definitely be challenging for them to do so.

Maude said that when he talks to industry professionals from incumbent banks, they say that legacy technology is keeping them from making progress. He pointed out that Starling Bank is “lucky because they started building from scratch.”

He added that it’s important that the digital bank started its culture from scratch.

“We have a culture based on ‘we are building software – let’s work in a fully agile fashion’. With digital transformation, what is really needed is cultural transformation. If the banks really want to use software as one of the main core competencies, they need to move to a culture which is much more agile.”

He also mentioned that the digital transformation efforts do not have to necessarily come from the technology development side. But they do need to come from the business side, because the managers need to change how they perform their job duties, Maude stated.

Coleman said that firms tend to get the main focus or objectives wrong when the company culture is wrong. She noted that the culture point is very important.

“You look at companies like Amazon, they’re described as radical, fast tech, super agile. But the reality is a massive, radical customer obsession.”

Coleman believes “implementing customer obsession” is very important when it comes to undergoing digital transformation. However, this depends on the cultural change of not outsourcing in-house jobs and living the “flat structure,” which involves getting contributions from all people working at a company.

Starling Bank recently added several platforms to its Business Marketplace. They include Molo, UK’s first, all-digital mortgage lender, Underpinned, a career management platform for freelance workers, and accounting services provider Paystream. The addition of the new platforms takes the neobank’s business integrations count to 14. The integrations aim to build on services that are offered to Starling’s over 100,000 business clients.