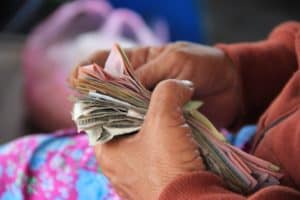 PaySend, a popular UK-established cross-border funds transfer service, has teamed up  with Pakistan’s JS Bank, in order to introduce the “Freelance Wallet” for freelance workers in the $300+ billion economy.

Pakistan is notably the world’s fourth fastest-growing global economy for freelancers, with revenues recording an impressive 47% increase from August 2018 and August 2019, according to a report published by Payoneer. The South Asian nation is only about 1% behind third placed Brazil, which has a much larger GDP of over $2 trillion.

The co-developed online wallet, which will be branded as one of JS Bank’s services, lets users send payments by using the cell phone number. The new payments option aims to address issues related to the absence of a stable payments infrastructure in the country.

The ongoing competition to develop a digital wallet is heating up with nations like Pakistan still not using more mainstream service providers such as Alipay or Apple Pay.

VEON, a telecom firm focused on promoting the use of its own online in Pakistan, called JazzCash, told Fintech Futures that the nation’s approval processes continue to depend on paper IDs, which can make it quite challenging to set up a compliant digital wallet.

That’s why JazzCash, like JS Bank’s freelance wallet, is assisting Pakistani residents in working  around this issue by helping users match their mobile numbers with themselves as a way to verify their IDs, in order to speed up the registration process.

PaySend, which currently has over 1.4 million global clients, said that the new online wallet it has launched with JS Bank features a high level of security and is quite fast.

“Doing freelance work can be stressful without the right tools to ensure seamless administration. This new solution will help to empower freelancers across Pakistan by allowing them to manage their money from their smartphone.”

In addition to sharing their cell phone number, freelance workers in Pakistan are required to visit a JCash location in order to perform biometric authentication.

Noman Azhar, JS Bank’s nation head of branchless or digital banking and online platform development, said the development of an online wallet is consistent with Pakistan State Bank’s strategy which involves “working aggressively on increasing the value proposition in the international remittance space.” He referred to the new digital wallet as “a game changing initiative.”